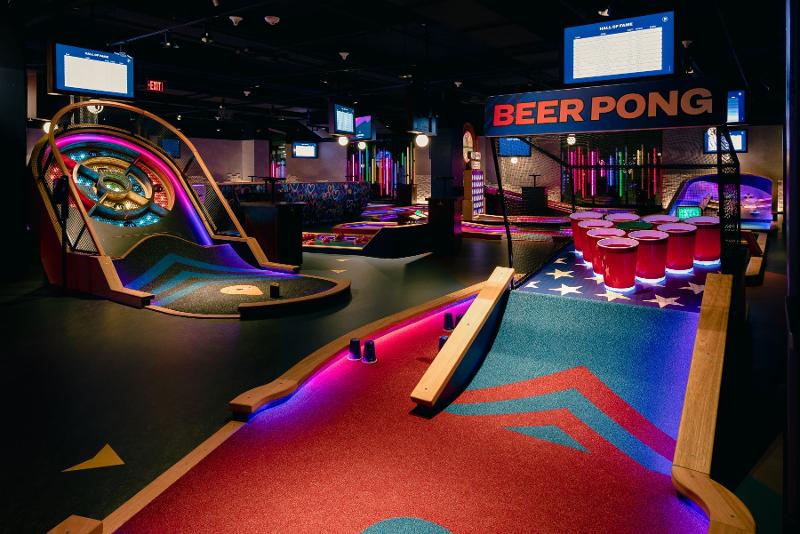 Puttshack, a concept focused on high-tech indoor mini-golf and global cuisine, has secured $60 million in funding as it looks to open new locations, the company announced Wednesday.

The eatertainment chain opened its first U.S. location in Atlanta in April and has plans to debut in suburban Chicago this fall, followed by a Miami unit. Puttshack recently signed a lease in Nashville, at the site of the former Gibson Guitar factory, and is slated to announce “multiple new U.S. locations” soon, with plans to open them next year.

“This latest round of funding will allow the team to continue securing unique and desirable real estate opportunities as it expands into more top markets,” Puttshack said in a statement.

Prior to its U.S. openings, Chicago-based Puttshack operated three locations in the U.K.

Puttshack CEO Joe Vrankin was the head of Topgolf from 2007 to 2012, and the concept was founded by Steve and Dave Jolliffe, Topgolf’s originators, as well as Adam Breeden, co-founder of food-and-games concepts Flight Club, Ace Bounce and All Star Lanes.

The $60 million funding round was led by Promethean Investments, a U.K.- and U.S.-based investment firm, that has also invested in Flight Club, among other eatertainment brands.

“The demand for social entertainment, particularly as we emerge from the global pandemic, is extremely high, and Puttshack is set to grow at a rapid pace,” Michael Burt, managing partner at Promethean Investments, said in a statement.

Puttshack’s Atlanta location is about 25,000 square feet, with four mini-golf courses, an indoor-outdoor rooftop patio and a full bar.

Puttshack’s mini-golf holes are tech-enabled and keep score for players as they go through the course. The concept’s menu is focused on globally-inspired, shareable items. Puttshack is open to all ages during the day but only to those 21-and-over at night.