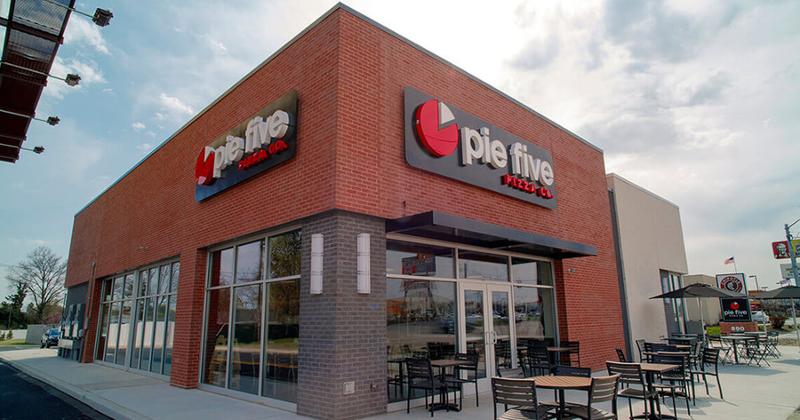 Rave Restaurant Group CEO Brandon Solano doubled down on the company’s commitment to its struggling Pie Five brand Monday, citing his turnaround experience and the chain’s ability to be nimble.

Solano’s defense came on the chain’s third-quarter earnings call, in response to a shareholder question about whether it was time for Rave to consider “jettisoning” Pie Five to focus on its sister brand, Pizza Inn, which has been more successful recently.

“We have absolutely no intention of giving up on Pie Five,” Solano said, according to a transcript on the financial services site Sentieo. He acknowledged the brand’s challenges, but said, “We are turnaround folks. We have a long history of turning around brands, and we love a challenge.”

The fast-casual pizza chain is in the midst of a prolonged slump. It closed 10 locations and saw same-store sales fall 21.4% last quarter—its 18th consecutive quarter of sales declines.

Solano was hired in October 2019 to help revitalize the chain, moving over from CMO of Pei Wei Asian Diner. During his time at Pei Wei, the brand recorded its best traffic in seven years and made headlines for its creative jabs at competitor Panda Express. Earlier, he helped turn around Domino’s as VP of innovation and VP of development.

He revealed that Rave has cut corporate staff by a third, with only two positions devoted solely to Pie Five. And with only 32 units currently open, the brand can be nimble in making changes, he said.

“This is a relatively simple business,” he said. “And we're pretty streamlined in terms of our overhead to support the business.”

Solano said Pie Five can use its oven and cooking platform in new ways to do things competitors such as Blaze Pizza and MOD Pizza can’t, such as pan pizza. And he wants to further solidify the chain as a fast casual, saying Pie Five has followed quick-service pizza trends and is “not nearly differentiated enough.”

The chain also plans to reduce labor and other costs by moving away from scratch-made desserts and offering premade salads instead of a salad bar, he said.

“We're going to be maniacal about cost-cutting,” he said.

Pie Five is gathering feedback on pricing and new products and ideas, though the COVID-19 pandemic has made it harder to reach consumers and gather data, Solano said.

Nonetheless, he is banking on his turnaround experience to “take those ideas, distill them down to the big ones, get really maniacally focused on them and execute like crazy and have it work.”

“We've been slowed a little bit. And I would tell you, I hate it. I hate being slowed,” Solano said. “We're not patient. And we're not asking anyone to be patient with us. We are where we are. But we have plans and we have a really amazing team.”