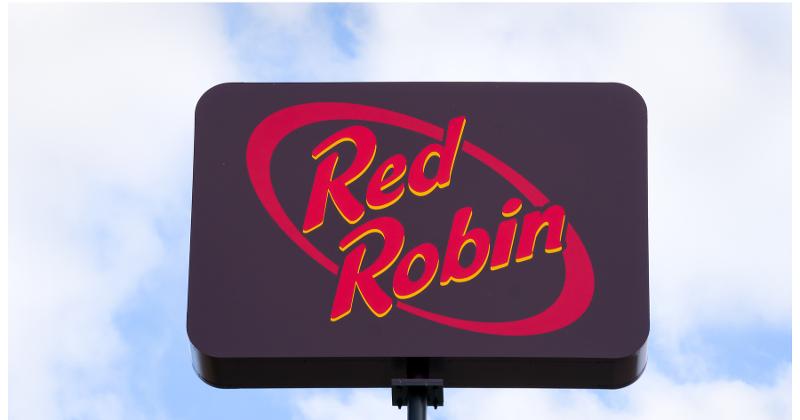 In contrast, units that were fully staffed and operating without government-mandated capacity restrictions finished the quarter with comparable sales running 7% above the per-unit average for the same period of 2019, according to management. But stores with abbreviated hours or partially closed dining rooms held chainwide same-store sales 2.4% below of the level of two years ago.

Comps rose 66.3% from the figure of the year-ago quarter.

Red Robin also saw a disparity in sales between units that had added Donatos-brand pizza and outlets that had yet to add the menu. Places that could offer the pies for takeout or delivery outperformed the rest of the system by 550 basis points, executives revealed. They pegged the overall sales contribution of Donatos-branded products at $2.9 million for the quarter.

Takeout and delivery sales accounted for 32.8% of total food and beverage sales for Q2, or nearly triple the mix of two years ago. Overall, weekly unit sales rose by an average of $2,503 from the prior-year threshold.

The franchisor posted a loss for the most recent quarter of $5 million, compared with a year-ago shortfall of $56.3 million. Revenues rose 71.9%, to $277 million.

“While we have reasons to be optimistic about the recovery, overall performance in the second quarter was below our expectation,” CEO Paul Murphy said in a statement.