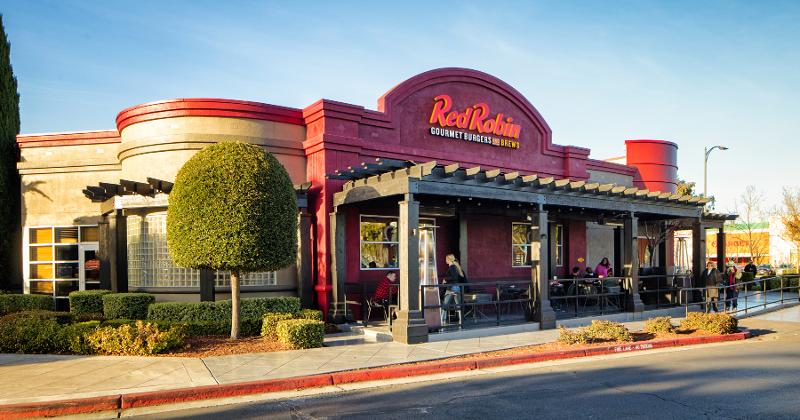 Red Robin Gourmet Burgers has warned securities regulators of “substantial doubt” about the casual-dining operation’s ability to meet the equity requirements of its revised credit facility and could default as a result—putting its status as a going concern at risk.

In a Securities and Exchange Commission filing, Red Robin revealed that it had negotiated a number of concessions from its lenders to avoid default on its credit facility. But they are predicated on the company raising at least $25 million through the offering of additional equity.

“The company is actively evaluating options for raising equity capital in order to satisfy the requirements of the amendment,” Red Robin said in the filing, referring to the revised agreement. “Because the equity raise is outside of management’s control, substantial doubt exists surrounding the company’s ability to meet its obligations within one year from the financial statement issuance date and to continue as a going concern.”

The filing came hours before the company filed a prospectus for a shelf offering of up to $75 million in various financial products, including common and preferred stock.

Red Robin attributed its financial difficulties to the effect of the COVID-19 pandemic, noting that 35 restaurants have temporarily closed and the remaining 414 company-operated branches have been limited to takeout and delivery for much of the second quarter. Even with off-premise sales increasing threefold, comparable sales for the week ended May 24 were on average still 47.1% below the level of a year ago, at $30,751 per store, Red Robin said in a business update issued on Friday.

Same-store sales for the 158 restaurants that had partially reopened their dining rooms fared better, with a decline of 31.9% for the week ended May 24.

The company franchises about 120 restaurants in addition to the ones it operates.

Red Robin had been pursuing a new turnaround strategy when the pandemic upended the restaurant industry in March and April. A key component, a new service model called the Total Guest Experience, is being incorporated into every dining room as it reopens, the company said. It did not reveal what operational changes will be adopted.

Another provision of the turnaround strategy was the addition of Donatos-brand pizza by Red Robin units. Because the addition of that product required a capital outlay for new ovens, management opted to suspend the rollout.

In addition, the chain cut its menu by roughly a third to quicken delivery and takeout service and reflect reductions in unit personnel.

In Monday’s securities filing, Red Robin noted that it stopped paying full rents as of April for company restaurants and the chain’s headquarters building.

It also noted that it would delay the release of final first-quarter sales figures.