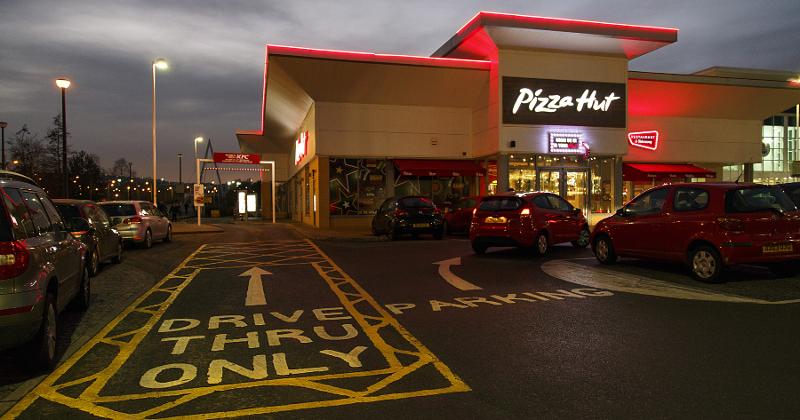 Years of sales weakness led Pizza Hut in 2019 to take a step to help its franchisees, by allowing them to defer required remodels for a year or two.

Not everybody was eligible for those deferrals. According to documents in its bankruptcy filing this week, NPC International said it was deemed ineligible for the breaks. “The Pizza Hut brand denied the company the ability to participate in the deferral program,” NPC said in a court document detailing the reasons behind its Chapter 11 filing.

The bankruptcy of the Leawood, Kan.-based NPC reveals a deteriorating relationship between Pizza Hut and its largest and one of its oldest operators. NPC’s challenges have represented a monumental problem for the chain as it lost its position as the world’s largest pizza concept to longtime rival Domino’s and struggled to gain traction.

Yet court documents also reveal difficult negotiations between the franchisor and its franchisee dating back to last year—negotiations that ultimately led to this week’s filing, on the day after the end of a forbearance agreement between the two companies.

“As the company continued to explore these and other strategic options throughout 2019, discussions with the Pizza Hut franchisor failed to gain traction while the pressures continued to mount, leaving the company facing a substantial liquidity shortfall in early 2020,” NPC said in its filing.

NPC is no regular franchisee. It operates more than 1,200 Pizza Hut units, mostly on the East Coast and in the Midwest. That’s about one out of every six Pizza Hut restaurants, making it an unusually dominant franchisee within a system.

NPC traces its history back to 1962, when it opened its first Pizza Hut franchise in Pittsburg, Kan.

It was one of the pizza chain’s first franchisees and was previously known as Southeast Pizza Huts and then National Pizza Company before taking on the name NPC in 1994. Over the years it bought and sold the Skipper’s fish chain and then Tony Roma’s.

It decided to focus again on Pizza Huts in the early 2000s but then started buying up Wendy’s units in 2013 after reaching its limit of the pizza chain.

NPC’s current problems are the result of an ugly stew of weak sales, a massive debt burden, and rising costs for food and labor. Much of that debt was taken out in 2018, after the company was sold to a pair of investment firms, Delaware Holdings and Eldridge Investment Group.

Eldridge wrote off its investment in NPC last year. “When we made the decision what to protect and what to defend, ultimately NPC wasn’t going to be one we protected or defended,” Eldridge CEO Todd Boehly told Bloomberg TV this week. “Every now and then we make a mistake.”

Pizza Hut parent company Yum Brands has been hinting at problems with NPC for some time, without mentioning the franchisee by name. “We’ll need to address franchisees who are burdened with too much debt, don’t have capital or aren’t committed to the long term,” former CEO Greg Creed said last year.

NPC’s debt problems prevented the company from remodeling more of its units recently, and because it operates so many Pizza Huts those issues affected the entire concept’s numbers. NPC operates many legacy “red roof” dine-in locations that the franchisor has been trying to shift away from in recent years.

At the same time, the franchisee pulled no punches in taking Pizza Hut to task for its performance in recent years. Since the first quarter of 2015, for instance, the chain’s same-store sales have averaged a decline of 0.6%.

Rival Domino’s Pizza, which surged past Pizza Hut to become the country’s largest pizza chain, averaged 7.8%. Papa John’s averaged 0.3% but take out its seven-quarter stretch marked by the controversy surrounding founder John Schnatter and its average is 4%.

“With consumer behavior shifting towards more delivery than dine-in, Pizza Hut’s competitors such as Domino’s and Papa John’s have continued to evolve their respective [delivery] models with better technology or more compelling price and product offerings,” NPC said. By contrast, it said, “Pizza Hut’s lack of sales growth and related cash flow creation” prevented many franchisees from shifting away from weaker-performing and less profitable dine-in locations.

NPC also took Pizza Hut to task for heavy discount marketing under past executive teams and for operating an “asset-light” business model. That model “creates a misalignment of incentives between the Pizza Hut franchisor and the franchisees,” as the brand relies on top-line sales to generate revenue while franchisees need to earn a profit.

“This misalignment has resulted in a material reduction in store-level profitability for the company and other franchisees over the last several years,” NPC said.

By contrast, NPC had more positive things to say about its relationship with Wendy’s, of which it operates 385 locations. NPC planned to sell its Wendy’s business this year, but the pandemic paused that process. It is looking to sell that division during the bankruptcy process.

“The company maintains a strong relationship with the Wendy’s franchisor, which the company intends to continue to maintain during these Chapter 11 cases,” NPC said. “The company’s Wendy’s business has historically performed well.”