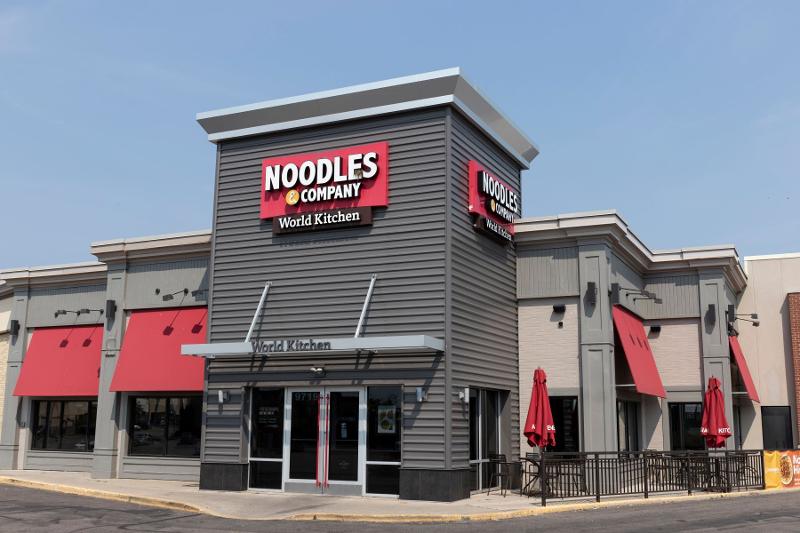 One theme has emerged from restaurant companies’ earnings reports over the past two weeks: Operators are living on higher prices.

That, at least, is a theme from several companies’ earnings reports this week. Higher prices and lower traffic were common as companies opted to maintain profitability, even at the loss of some budget-conscious consumers. Rising prices for food and labor continued to challenge most—but not all—operators.

Here’s a look at several companies’ recent earnings reports from this week.

Noodles & Company said same-store sales at company units rose 3.4% in the third quarter, but noted an acceleration toward the end of the quarter that continued into October. September same-store sales were 6.8%, the company said, and comp sales in October hit double digits at 10.5%. Systemwide, same-store sales were up 2.1%. But, after suffering a loss in the second quarter prior, net income for the third quarter was $0.8 million, or 2 cents per share, compared with $4.7 million, or 10 cents per share, a year ago.

CEO Dave Boennighausen credited the fast-casual chain’s value spotlight on seven offerings for $7, which has helped Noodles hang onto lower-income consumers. The cost of chicken, which was a problem for the chain earlier this year, has also dropped, setting the stage for margin growth next year. Noodles pricing was up 10% during the quarter and the company planned to maintain that level through the end of the year.

El Pollo Loco’s third-quarter same-store sales were up 3.8% systemwide, driven by a 7.5% increase in average check due to menu price hikes that was offset by a 4.1% drop in transactions. Following a 2.5% increase in menu prices in November, the company expects pricing will be up 10% for the year. Net income was $5 million, or 14 cents per share, compared with $10.2 million, or 28 cents per share, a year ago.

The chain continued its focus on value, with $24 family meals and $5 combo offerings. This month, El Pollo Loco also launched an extension of its popular birria promotion from earlier in the year, offering quesadillas “overstuffed” with the shredded beef. The company is planning to revamp and relaunch its mobile app, website and loyalty program in the first quarter next year.

A surge in leisure travel pushed Marriott International’s average room rates and room sales for its North American hotels above the levels of 2019 during the third quarter, though bookings from business travelers continue to lag, the lodging giant said Thursday.

Marriott's key metric of revenue per available room, or RevPAR, eclipsed the figure for Q3 2019 by 3.5%. But occupancy rates in the U.S. and Canada still fell two percentage points below the pre-pandemic level, to 72%.

Executives noted that room bookings by individual travelers, as opposed to group bookings by event attendees, were 11% below the benchmarks set in 2019. But the officials said that huge source of business is improving month by month, according to a transcript from the Sentieo financial services firm.

Not everyone struggled with higher commodity costs. Third-quarter same-store sales for the Ruth’s Chris steakhouse chain topped the year-ago figure by 2.9% and the benchmark for Q3 2019 by 11.2%, signaling continued strength in the high-end steak market.

The single-brand company posted a profit for the quarter of $5.5 million, a decline of 21%, on revenues of $112.7 million, up 8.2%. The year-ago figure reflected the impact on restaurant operating expenses of federal employment aid.

Record heat in the Lone Star State slowed July sales for Austin-based Chuy’s, but the Tex-Mex chain built momentum from there and delivered 2.6% same-store sales growth for the quarter. Most of that came from higher prices, offset by a 3.6% decline in traffic.

But CEO Steve Hislop said the chain detected little change in its customers’ behavior and that positive sales trends continued into the current quarter. He did warn that Chuy’s will be lapping tough comparisons from last December as it finishes the year.

Traffic fell about 8% at Kona Grill in the third quarter, driving a same-store sales decline of 3.6% year over year. CEO Manny Hilario said the slowdown was more a function of tough comparisons than a wary consumer.

The polished-casual chain raised prices by 5% in the period without much resistance and plans to take another 5% in Q4, Hilario said.

STK, Kona’s sister brand under ONE Group Hospitality, reported a same-store sales increase of 3.5%. Prices at the 24-unit steakhouse chain were 3% higher for the period.

Rave Restaurant Group, the parent company of the pizza chains Pizza Inn and Pie Five, is finding profits to its liking. The company recorded $400,000 in net income in the first quarter ended Sept. 25, its 10th straight quarter of profitability. Total revenue increased 20% to $3 million.

The company also said it plans to focus more on dine-in business. “The restaurant industry continues to abandon dine-in, leaving us an opportunity to win with our differentiated strategy,” CEO Brandon Solano.

The return of the Nathan’s Hot Dog Eating Contest to the Nathan’s Famous location in Coney Island apparently helped restaurant sales this year. Company-operated restaurant sales rose 16% in the quarter ended Sept. 25, which the company attributed to an increase in traffic, particularly at its two Coney Island locations. Franchise revenue also increased about 10%, the company said.

Overall, revenues at the Jericho, N.Y.-based company rose 14% in the quarter. Net income at the company increased 68%.