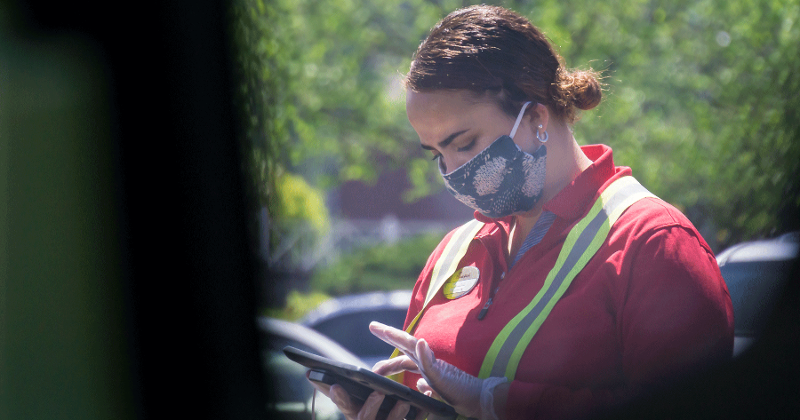 The restaurant industry added 133,600 jobs in August, according to new federal employment data released on Friday.

In a typical month that would be a sign of the industry’s hiring strength. During the pandemic recovery it is frightfully low, given the overall level of hiring and the industry’s supposed sales growth.

Restaurants employed 12.3 million people in February. The pandemic nearly cut that in half, to 6.2 million in April.

As restaurants reopened in May and June, fueled by federal stimulus dollars and state reopenings, the industry recovered millions of jobs, frequently leading the economy in hiring. Since April, restaurants recovered 3.6 million jobs.

But after adding back 1.5 million in both May and June, hiring growth slowed to 525,300 in July. And then August that growth slowed further, to the above mentioned 133,600.

On a percentage basis, the industry’s job growth went from 23% in in May to just 1.4% in August.

Restaurants are still down 2.5 million employees from its February peak.

We can think of numerous reasons why such a substantial gap remains.

For one thing, the industry is still struggling with capacity restrictions that have kept restaurants from opening at 100%. If a restaurant can only be open at 25% or 50%, that restaurant is not going to bring everybody back. It’s pretty simple.

In addition, a lot of restaurants, especially independents, remain temporarily closed, waiting for dining to return in full. And some large markets remain completely shut down, including parts of California and New York City. That suggests some of this employment could return eventually once the pandemic restrictions are lifted.

These reasons are in what I could call the “optimistic” bucket, which suggests a potentially speedy return of employment once the pandemic restrictions lift for good.

But there is also a “pessimistic” bucket, which includes several signs of a split recovery that suggest the industry could take some time to get to where it was just seven months ago.

First, many independents will not reopen, as they’ve borne the brunt of the impact from the coronavirus-related restrictions.

What’s more, a large number of chain restaurants are closing as well. That includes several hundred restaurants in systems that are speeding up closures to take advantage of real estate availability, including McDonald’s, Starbucks, Dunkin’ and Burger King. But it also includes numerous mid-sized casual dining chains that have struggled mightily during the pandemic.

But it takes time to build new units. What’s more, considerable uncertainty remains about the coming winter, and whether restrictions will be tightened if a second wave emerges.

Financing for the broader industry also remains uncertain. Loan approvals for small businesses cratered in April and then recovered, but have plateaued over the past couple of months, according to the small business financing technology firm Biz2Credit. “It has been tough to secure traditional small business funding in the coronavirus era,” Biz2Credit CEO Rohit Arora said in a statement.

In other words, don’t expect a full industry recovery for some time.