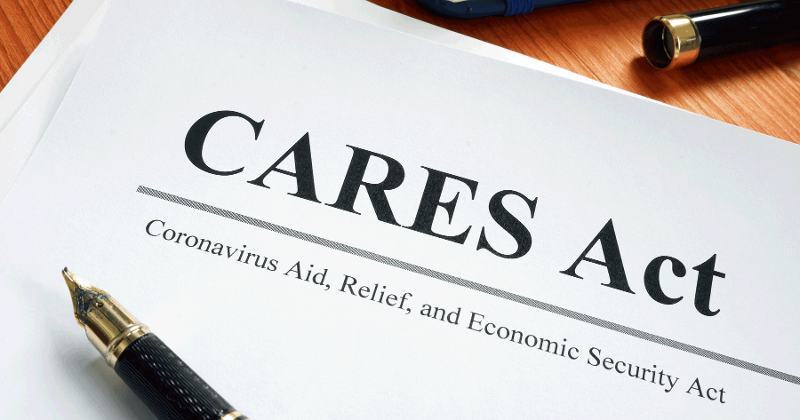 As restaurateurs wait to see if their Paycheck Protection Program (PPP) loans will be forgiven, accountants and industry lobbyists are warning that the waiver of repayment could foist a significant and often unforeseen tax burden on the borrowers.

When Congress established the PPP under the omnibus CARES Act in March, it specified that loans essentially converted into grants under the carefully delineated forgiveness process would not count as taxable income for the borrower. But in April, after the bill had become law, the Internal Revenue Service (IRS) issued a ruling that business expenses paid with forgiven PPP funds could not be written off as normal tax deductions. Borrowers would be on the hook for roughly 20% to 30% of the forgiven funds when they paid their 2020 taxes, even if the money was used exactly as Congress had set as the prerequisites for forgiveness.

Lobbyists representing small businesses have scrambled to re-instate the deductibility through legislation, but the effort has been blunted by the wrangling in Washington, D.C., over subsequent COVID-19 aid measures. They voice frustration that the IRS, a part of President Trump’s Treasury Department, has balked at reconsidering its designation of the expenses. The agency said it is merely applying past accounting principles to a new situation. But opponents note that the interpretation runs directly contrary to the intent of the CARES Act, which aimed in part to help small businesses survive the pandemic and keep employees on the payroll.

“This could be fixed by the White House,” says Aaron Frazier, director of healthcare and tax policy for the National Restaurant Association. “If the perspective was, ‘We’re in the middle of a pandemic and an economic crisis,’ that could be fixed very quickly.” But proponents of a regulatory fix have hit a stone wall, he recounts.

Instead, the association and its small-business allies are focused on a legislative fix in Congress. The solution is that rare piece of lawmaking that has bipartisan support, with “the express concern of the senior tax writers in the [Republican-controlled] Senate and the leading tax writer in the [Democrat-controlled] House,” says Frazier.

“All the right people, they’re in agreement on fixing this issue,” says Frazier. A legislative remedy has been included in big bills such as the HEROES Act and its slimmed-down House of Representatives measure, known on the Hill as HEROES Act II. But neither aid measure found traction in the Senate. Then President Trump shut down negotiations on a compromise measure, saying any relief package would be on hold until after the election. He reversed himself to some degree a few hours later, saying via tweet that he might be willing to sign slim, narrowly focused COVID relief legislation.

“It is absolutely still alive, in terms of ‘Let’s get a legislative fix,’” says Frazier. “The reason it’s alive is restaurants and other small businesses that participated in PPP are already having to put aside money for taxes, and that was not the intent.”

The legislative push has new urgency because the Small Business Administration (SBA), administrator of the PPP, started processing forgiveness applications early this month. Some restaurants and other small businesses may not ask to have their loans forgiven because of the tax implications, a possibility acknowledged by groups representing small businesses.

“Our hope is that this issue is addressed after the election,” says Frazier, who cites two reasons for his optimism.

“Restaurants are in dire need of maintaining liquidity going into 2021,” and the loss of deductibility weighs against that paramount goal, he continues. In addition, “This is not going to add another dollar to the federal deficit,” since the impact of the PPP has already been baked into the federal government’s economic modeling.

“You can include it in a larger relief package and it doesn’t add to the deficit,” says Frazier.

“There are a lot of ways to get there,” he says of a possible fix. “Groups small and large are saying, ‘we need to ramp up the urgency.  Find the road, and let’s get there.”