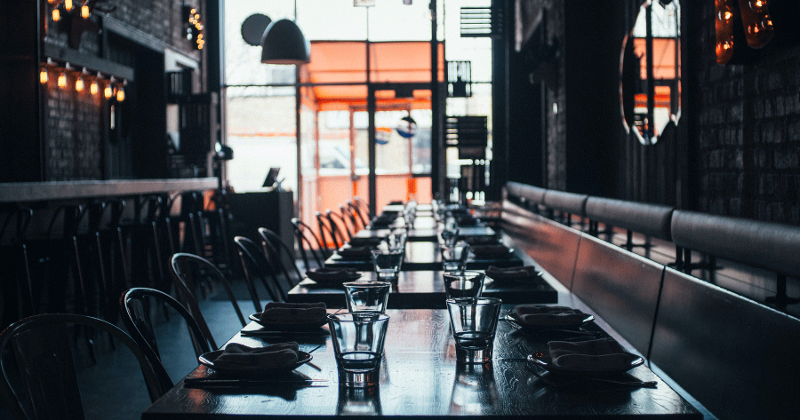 Economists like to label economic recessions and recoveries by giving them letters, based on the severity and duration of any downturn and how long it takes for subsequent improvement. The letter is based on how the economy looks on a graph.

The current situation, however, has been likened to a different letter: K. That has received a lot of attention of late, as some economists note how uneven the recovery has been. Some sectors have done well, others have not.

We can probably give that same letter to the restaurant industry.

The restaurant industry was headed for a complete disaster in March, when states shut down dining rooms to stop the spread of the coronavirus. All sorts of chains took steps to rescue their own finances while event giants like McDonald’s offered breaks for franchisees to get them through the shutdown.

Total industry sales were more than cut in half, going from $65 billion in February to just $30 billion in April.

But same-store sales began to recover in the second half of April. Monthly industry sales increased 75% by July. They remain far below year-ago levels, but that is clearly a strong recovery.

Similarly, employment was cut in half between February and April, but by July employment at restaurants increased by 58%. The industry workforce is still about 2.1 million jobs short of February, but that’s a recovery.

At the same time, however, that recovery isn’t spread evenly. And that’s clear by simply paying attention to what’s happening.

The fast-food business, for instance, has recovered. Wingstop is doing so well it’s luring a bunch of virtual copycats. Papa John’s keeps increasing same-store sales in the 25% range. Just this week, Papa John’s, Domino’s and McDonald’s started offering new products, a sure sign that the industry has recovered. Popeyes is marketing again.

On the other end of the spectrum are casual dining chains like California Pizza Kitchen that have filed for bankruptcy, as have some smaller fast-casual franchises like Garbanzo Mediterranean Grill.

But the biggest problem is still being faced by independent and small chain restaurants. Large numbers of independent restaurants remain closed. Some 15% of the industry’s locations are expected to be closed permanently, a number that is heavily weighted to the independent sector.

All of that has the largest companies jockeying for position to take advantage of what is expected to be a favorable real estate market. Starbucks, McDonald’s and Dunkin’ are all closing stores to take advantage of this market more quickly. Papa John’s is restarting its development engine. Chipotle is contacting stores that haven’t closed yet and is offering to buy out their leases.

The result of this has the potential to reshape the industry for decades, further shifting it toward large chains and anything that offers easy takeout. It could take years for the independent sector to recover.