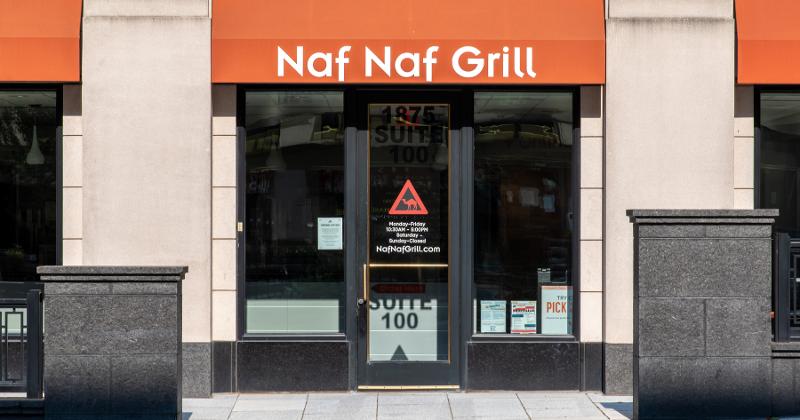 In a terse, three-sentence press release, Chicago-based Naf Naf said the restaurant and an unidentified investor group have acquired “the entire minority ownership” in the company that was previously held by the private equity group Roark Capital.

“I am excited about the future of Naf Naf Grill and want to thank Roark for its support and positive contributions to the Company,” Naf Naf CEO Greg Willman, who took over the chain’s top post in May, said in the statement.

Neither Willman nor Naf Naf’s CFO Grady Metoyer nor Roark Capital representatives immediately responded to Restaurant Business requests to comment on the transaction.

Naf Naf, a customizable Middle Eastern concept, has about 35 locations, according to its website. But nearly a third of those units, particularly those in city centers and malls, remain closed amid the pandemic, according to the site. The brand had 39 restaurants in 2019, according to RB research arm, Technomic.

There was much fanfare in 2015 when Atlanta-based private equity firm Roark announced its investment in Naf Naf, marking the 18th restaurant in Roark’s portfolio at the time—but its first emerging growth brand.

At the time of Roark’s investment, Naf Naf had 13 locations, all in the greater Chicago area. The chain now has restaurants in nine states.

Roark, which has now placed Naf Naf in the “previous investments” list on its website, is an investor in major restaurant chains such as Buffalo Wild Wings, Dunkin’, Focus Brands and The Cheesecake Factory.

Naf Naf was entirely company-operated when Roark made its investment, but the chain started franchising in 2018. At that time, former Focus Brands’ President Paul Damico was installed as the company’s CEO. And the concept was reimagined to a Chipotle-style, assembly-line model, but for Middle Eastern fare.