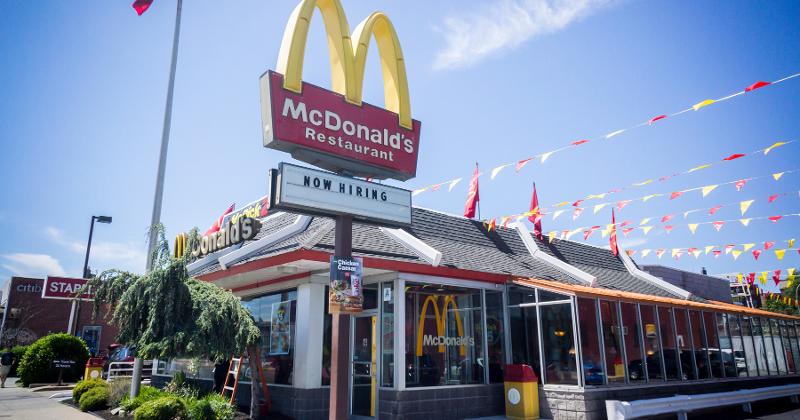 Sales are improving at many fast-food restaurants, and with unemployment at historically high levels many are viewing this as an opportunity to get some hiring done.

This week, the burger giant McDonald’s said it and its franchisees anticipate hiring 260,000 workers over the summer, or approximately 19 per location.

That came on the same day Subway said its franchisees plan to hire 50,000 workers. Earlier, Panda Express said it plans to hire 30,000 workers, and Dunkin’ two weeks ago announced plans to go on national television to help franchisees hire 25,000 employees.

“As our business continues to see a growing demand for our value offerings, curbside pickup and delivery, we are happy to support such a large-scale employment opportunity to meet the demands of our guests,” Aidan Hay, Subway’s senior vice president of operations for North America, said in a statement.

Franchisees operate all 24,000 Subway restaurants in the U.S., and the company itself doesn’t operate any of them—Subway, in fact, has laid off 450 workers since February. Likewise, Dunkin' is all franchised and McDonald's operates only about 5% of its U.S. locations. Panda, however, is mostly company operated.

Still, the brands are highlighting need for workers at their restaurants as sales improve and are taking advantage of an employment market that is suddenly flush with a supply of labor.

The pandemic shutdown has created a flood of workers seeking unemployment. Some 1.5 million Americans sought unemployment last week and more than 20 million workers are receiving such benefits. The unemployment rate is 13.3%.

Restaurants in the past two months have slashed millions of those jobs.

The pandemic, and states’ shutdowns of restaurants to dine-in service, cost the industry nearly 6 million jobs between February and April. Restaurants recovered nearly 1.4 million of those jobs in May, but it was still 4.4 million workers short of where it was earlier in the year.

Not all of them are expected to come back quickly, as many restaurants remain closed and dine-in service has been a slow build even in states that have reopened.

Fast-food chains, however, have had a different experience. Many of them have seen significant improvements in same-store sales in recent weeks, to the point where many are seeing year-over-year increases—numbers unthinkable once the pandemic started.

As states are reopening dining rooms, the restaurants will need additional staff. But many had openings going into the pandemic, too—though it seems like ages ago, the industry was in the midst of a worker shortage before the shutdowns began.

Some operators have indicated they’ve had a tough time getting employees, blaming it in part on extra unemployment benefits workers are receiving during the pandemic. Others, however, say that problem has been limited.

Safety may be a greater concern, as workers are indoors with other people and are required to interact with potentially sick customers. McDonald’s in particular has faced worker strikes at locations across the country and has been sued over the supply of personal protection equipment.

As they push hiring, the companies have been noting their own safety efforts. McDonald’s, notably, has 50 new processes at its restaurants. “We want candidates and their families to know we have one goal—to keep people safe,” Joe Erlinger, president of McDonald’s U.S. market, said in a statement. “We’ve put new minimum national standards and nearly 50 new processes in place in our restaurants as they continue to reopen safely and judiciously.”

Panda operates nearly 2,300 locations. The Asian chain has invested more than $25 million in additional benefits, including additional health and safety pay, store closure pay, change of operations pay and appreciation pay. It also has a COVID-19 hotline with medical specialists who can help employees facing mental or physical health concerns.