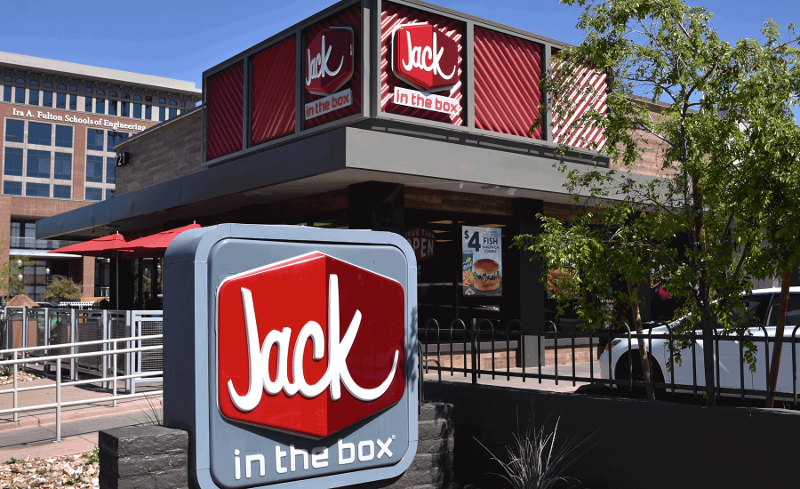 Jack in the Box hopes that a settled lawsuit and stronger sales will yield more locations.

The San Diego-based burger chain this week said that its same-store sales rose 12.2% systemwide in the company’s fiscal fourth quarter ended Sept. 27. Executives said on Thursday that sales continued to thrive in the seven weeks since, continuing a period of growing momentum for the fast-food concept.

Meanwhile, the company recently settled a two-year-old dispute with its franchisees, resolving a problem that had been a thorn in its side even as sales improved. Oh, and the sales have improved their profits.

Executives now hope this will give operators everything they need to do something they hadn’t done in a long time: Build new restaurants.

“The franchise lawsuit has been resolved,” CEO Darin Harris told investors on Thursday, according to a transcript of the call on the financial services site Sentieo. “It clears the past for our existing franchisees to grow, and they’ve expressed that desire to grow. And in some of the surveys we’ve completed, two-thirds of them have raised their hand saying, ‘We want to grow.’”

It would be the first time in a while. Jack in the Box operates just over 2,200 locations, all of them in the U.S., and all but 137 of them owned by franchisees.

That is roughly the same number that the chain operated a decade ago, according to data from Restaurant Business sister company Technomic. While the company has opened new units, they were typically accompanied by closed locations.

To be sure, some of that is rooted in the company’s refranchising strategy over that period—Jack in the Box has shifted from a primarily company-owned outfit to an “asset-light” model. It has sold some 1,000 restaurants to franchisees, close to half of its system, over the past 10 years.

At the same time, average unit volumes have barely kept up with inflation. The completion of that initiative coincided with a slump in sales and operator anger at the previous management, led by CEO Lenny Comma. That anger continued even as Jack in the Box’s sales began to recover.

Harris took over during the summer and quickly settled the lawsuit, agreeing to some concessions with franchisees over their marketing fund.

“Jack cannot succeed unless our franchisees succeed,” Harris said. “I like to think of this as a race, and historically we’ve passed the baton to the franchisees at the fourth leg in the race. Now we’re bringing them to the starting line with us. And by doing so, we have reenergized the relationship and look forward to seeing this transpire into further growth in the Jack in the Box brand.”

The company recently brought in Tim Linderman as senior vice president of franchise and corporate development. Linderman had previously worked with Huddle House and Global Franchise Group and worked with Harris at Arby’s and Primrose Schools. The company also said it plans to hire a chief marketing officer—a position franchisees were hoping to get replaced after two years without one.

Harris noted that new stores opened in 2019 and 2020 opened at higher than the system average. And he noted that operators actually opened 27 new stores despite the pandemic, the most in 10 years.

Harris also observed that franchisee profitability is up this year, which also encourages franchisees to add units.

Harris said the company could add as many as 1,100 locations in existing markets. And Jack in the Box is recruiting new franchisees and helping existing franchisees with expansion. It also said it is working to help them get capital to build those units.

“Part of our focus will be to help them secure capital,” Harris said. “Many of them already have capital providers, but we will aggressively seek out ways to partner capital with our existing franchise base to grow more rapidly.”