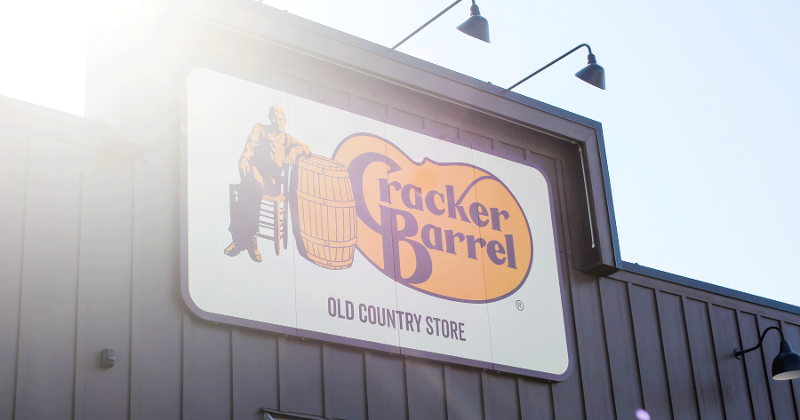 On Monday evening, Cracker Barrel spurned the nomination of Raymond Barbrick, the co-CEO of The Briad Group, who had been put forth as a potential company director by the activist investor Sardar Biglari.

Not surprisingly, Biglari responded with a letter on Tuesday blasting the company. The letter continued Biglari’s take that Cracker Barrel’s investment in Punch Bowl Social was a bad idea, and that its decision to quickly pull the investment in March was even worse. “The ruinous behavior falls on the board itself for supporting the purchase of a risky, unproven bar business unrelated to Cracker Barrel’s successful brand,” he wrote.

One could take issue with the poor self-awareness of that statement, given that his own company, Biglari Holdings, operates a couple of restaurants, Steak ‘n Shake and Western Sizzlin, a couple of insurance companies, an oil company, and a men’s skin mag. But there is also this statement at the outset of the letter:

“Since the beginning of our involvement nearly a decade ago, we have had a positive impact on Cracker Barrel,” he said, “one that led to a change in the executive suite, an overhaul of the company’s board of directors, an increase in the dividend payout ratio (from 24% to 87%), a reduction in low-returning new store openings, and the launch of a licensing business.”

Such claims are somewhat spurious, the equivalent to a snowstorm taking credit for the existence of snowplows.

Biglari invested in Cracker Barrel in 2011 and then proceeded to run three straight, unsuccessful proxy campaigns.

It is very much true that his presence back then spurred the company into action to change what had largely been a sleepy family dining chain. Like many other companies, Cracker Barrel took several actions to fend off its activist—the biggest being the naming of Sandra Cochran to be the CEO.

In that sense, Biglari’s “positive impact” was incidental. There were many aggressive activist investors at the time, each one of whom could have had the same impact. That’s where activists’ true benefit come into play. They hold companies accountable by threatening directors’ future on their boards. It’s not as if Biglari was an actual advisor.

Many of the strategies that Biglari brought up at the time were also common. Licensing, for instance, was quite common in the restaurant industry at the time, though it must be pointed out that Cracker Barrel ran into the retail cheese product by the same name.

Cracker Barrel did slow its new-unit development, from an annual rate of 3% per year between 2004 and 2009, according to data from Restaurant Business sister company Technomic, to 0.9% over the past five years. At the same time, that was also a relatively common tactic among legacy full-service chains.

The biggest impact Biglari has had on Cracker Barrel has been his simple existence, which brings us to the dividend.

Cracker Barrel, much like any other public chain, must do something with its excess cash. It could hoard it. It could use it to make investments or expansion strategies. Or it could send it back to shareholders.

The company had two choices for the latter. It could buy back shares, or it could pay out a dividend. While Biglari controls 8.7% of Cracker Barrel stock, for most of his time as a shareholder he has controlled 20% of its stock. Cracker Barrel could have theoretically bought back shares, but that would have only increased Biglari’s ownership. So instead they paid out dividends, which has helped prop up profits at Biglari Holdings.

We might note that Biglari’s own company does not pay out a dividend and uses company money to buy up shares using his hedge fund, The Lion Fund. Rather than retire the shares, however, Biglari votes them as if he’s an owner, which effectively gives him control of a company he does not technically own.

Indeed, his own actions tend to erode any credibility he has in a proxy fight like this. Biglari won board seats at Steak ‘n Shake in 2008, pushed out other company directors and was named chairman. He then renamed the company, merged it with Western Sizzlin, and since has solidified his control while paying himself tens of millions in management, advisory and other fees. The company’s shares are now little changed from where they were when he took over.

Before the pandemic, Cracker Barrel’s stock more than tripled since Biglari’s first proxy fight largely on the same statistic every other investor uses to judge the restaurant industry: same-store sales. In that sense, Cracker Barrel has been among the most consistent performers in the full-service sector: It has had only five negative quarters since the beginning of 2011, averaging 1.9% over that period. It’s no Texas Roadhouse, but it’s no turnaround, either.