Social media platforms such as Facebook and Twitter have given operators the opportunity to build meaningful connections with their customers outside the restaurant walls. The challenge, of course, is in making and maintaining those connections in a way that doesn’t drain your marketing budget. 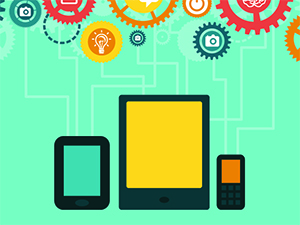 The cost of managing social media can range from the expense of time for do-it-yourselfers, up into several thousand dollars per month to hire an outside marketing agency, depending on the extent and complexity of your social media needs.

To estimate your potential costs, look at your existing marketing budget. A study by Duke University in early 2013 found that businesses spend 8.4 percent of their advertising budgets on social media, but that figure is expected to rise to 21.6 percent in the next five years.

Chains can sometimes find themselves swamped when it comes to managing social media for multiple locations. The Bistro Group runs 28 TGI Fridays and five McAlister’s Deli locations in Ohio, Pennsylvania, Kentucky and West Virginia. The company started off with a master Facebook page for all its locations, but quickly realized it needed a localized page for each restaurant. “The social media consumer is very savvy and they very much want to be connected to their personal restaurant,” says Bistro Group marketing director Amie Dancu. The company also expanded to include presences on Twitter, Instagram and Pinterest based on customer feedback.

The Bistro Group turned to a third-party marketing firm in Columbus, Ohio, to help maintain its broad social media approach and keep a handle on its many social sites. “Because of the size of the company, we knew we needed to have an agency to help manage it properly. We want to make sure we have a unified voice,” says Dancu.

Dancu won’t disclose the company’s social media budget, but she shares how that budget is shaped. “I view social media as another medium, like television or print or outdoor. I equate social media to being as strong, if not stronger, than all of those other mediums,” she says. “We give it equal weight.” She sees the agency as “the voice of the brand,” and says that it saves the Bistro Group money in terms of the sheer amount of hours that are needed to keep the social media pages updated.

The Bistro Group’s social media content is fed from TGI Fridays’ national marketing campaigns, but also from closer to home. Employees are a great source for social media content that doesn’t cost extra to create. For example, some Fridays managers are involved with posting photos from the restaurant on that location’s Facebook page and sharing images from special events. It adds a personal touch and can lure fans to the page to check out local happenings.“The excitement from the team members inside the restaurants is what really makes it fun and engaging,” says Dancu.

Natalee Thai, a traditional Thai restaurant, has two Los Angeles-area locations and maintains a presence on Facebook and Twitter while keeping an eye on Yelp reviews. This concentrated social media focus is one way to keep expenses down since the company doesn’t have to expend hours on updating a large number of social media sites.

Tess Than, assistant to the president of Natalee Thai (she also handles marketing efforts), also chose to use an outside advertising agency to handle the restaurant’s social media. Natalee Thai’s agreement with the agency puts a cap on costs. “Having a set monthly rate really helps to ensure that we aren’t overspending. Our publicist sends us updates with social media metrics, which lets us know how active our accounts are,” says Than. She figures that if they’re only paying for social media, it shouldn’t cost any more than $500 a month, per restaurant. The agency handles Twitter updates daily, Facebook page updates several times a week, and responds to customer comments. Every few weeks, the agency reports back with data on the number of customer interactions, followers, retweets and posts so Than can gauge the effectiveness of the work.

Vinny Dattolo owns Uncle Vinny’s Pizza & Pasta in Whippany, N.J. He handles all the restaurant’s business, including marketing, on his own. His total monthly marketing budget is $500, but hardly any of it is spent on social media. He has a Facebook presence, and he also keeps an eye on what customers are saying on Yelp.

Time and budget constraints mean Dattolo has to keep a cap on social media spending, but it doesn’t mean he isn’t willing to try new things. Recently he experimented with Photopon, a social media mobile app that lets customers share food photos with restaurant coupons overlaid on the image. “I like the fact that there’s no up-front cost,” says Dattolo. “I’ll try anything. You never know if it’s the next great thing, like Facebook.” He has been testing the young service at no cost for several months. He isn’t ready to declare it the next great thing just yet, but he has seen an uptick in customers embracing the concept.

Dattolo prefers a pay-for-performance structure when it comes to social media. Photopon, for example, charges participating merchants a small fee when users download a coupon. “I will gladly pay for people downloading coupons and using them in my restaurant,” he says.

You can spend as much or as little on social media as you would like, but ultimately it comes down to finding effective (and cost-effective) solutions. Fortunately, restaurants have room to experiment. “You need to have a realistic budget in mind, but the beauty of anything on the Internet is that it’s easily adjustable,” says Dancu.