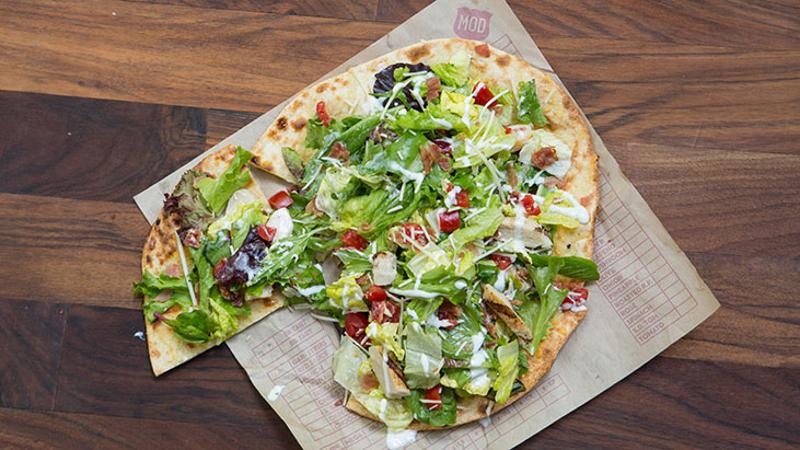 While fast casual’s distinction as the dominant player in the industry goes unchallenged, what’s driving its growth is shifting. That’s the finding of preliminary data by researcher Technomic, which gave Restaurant Business a sneak peek at its annual Top 500 report. The figures paint a big-picture view of the top-performing restaurant chains by sales in 2015.

“The quality of food in fast casual really has evolved,” says Nick Reader, CEO of chicken chain PDQ. And it’s those “better” fast-casual chains that are flourishing. It started with burgers, particularly the Habit Burgers and Shake Shacks of the world, says Reader. Then came customizable pizza, still on top. Now, see which other segments are bursting forward as the ones to watch.

The customizable pizza trend still is leading when it comes to fast-casual growth. The difference from a year ago: These chains are playing with the big boys now. Just last year, three fast-casual pizza chains cracked the Top 10 in Restaurant Business’ Future 50—a ranking of emerging concepts with sales between $25 million and $50 million. Now, all three exceed that sales parameter. One reason, says Darren Tristano, president of Technomic, is that pizza spots are able to compete with other fast casuals at the lunchtime daypart and continue to do well during dinner hours—something some salad and Mediterranean concepts struggle with. Today, DIY pizza concepts are the darlings. As the category matures, Tristano predicts some chains will fall out while others emerge as true leaders—the proverbial Five Guys of pizza.

This marks the first year the five-year-old chain, brainchild of Wetzel’s Pretzels’ founders, breaks into the ranks of the Top 500 chains. President and COO Jim Mizes attributes its fast growth to three factors: an on-trend concept, simple execution and strong franchisees. “It’s been our thought from the beginning. The only way to become a national brand is to have experienced, financially sound franchise partners,” he says. “We teach them about Blaze; we don’t need to teach them how to run a restaurant or make money.” In the past year, Blaze has won points with consumers for moves such as adding vegan cheese to its menu and signing up with a third-party delivery service. NBA star LeBron James even said he’s ending his endorsement deal with McDonald’s to promote Blaze.

Fun fact: While fast casuals may be driving the growth in the pizza world, emerging QSRs aren’t obsolete. Marco’s Pizza and Jet’s Pizza both ranked among the 100 fastest-growing chains within the Top 500, with Toppers Pizza not far behind.

While some industry onlookers predicted better burgers would go the way of fro-yo, with oversaturation leading to its demise, the market still is outperforming. Granted, compared to some emerging segments, burger chains’ growth percentage isn’t quite as high. But with so many restaurants already in existence, achieving growth that moves the needle could be a tall order without a higher number of stores.

“The market remains vast for a concept that is able to replicate the quality and consistency of a single restaurant.” —Bill Simon, CEO and co-founder, Freddy’s Frozen Custard & Steakburgers

Sticking to its 1950s diner roots, Freddy’s doubled down on its signature steakburger as it pushed into new markets to drive growth throughout the year. And it plans to open 50 to 60 more stores in 2016. The chain is able to capitalize on the burger market and grow now, says CEO and co-founder Bill Simon, because of its simple menu, its systems and its training. He adds, “The primary catalyst is the genuine entrepreneurial character of our employees and our unparalleled franchise community.”

No longer do only salad bars and rabbit food spell good-for-you meals in consumers’ minds. Chains on the rise are taking a more nuanced position, be it vegan- or veggie-focused or protein-rich. The result? Healthy concepts are outpacing the demand for better-for-you food. That growth can partly be attributed to the segment’s narrower, more affluent audience, Tristano says.

Freshii finds itself at the intersection of three driving forces, says CEO and founder Matthew Corrin: health and wellness, affordable entrepreneurship and millennials. Last year, the Canadian-born concept partnered to bring Freshii into Target stores and launched an incubator to test new ideas in Chicago. Its menu, too, has stayed in front of trends, with meal boxes for dietary needs and an at-home juice-cleanse program.

“These are not just local trends, but a global push toward a younger generation desiring healthy and better-for-you meals.” —Matthew Corrin, CEO and founder, Freshii

The next big growth area? Chicken.

Following fast behind burgers and pizza, chicken is breaking out of its shell. “Chicken is right there as the third food consumers eat,” says PDQ’s Reader. And right now the numbers are proving the business case for meeting that demand; sales at some of the emerging chicken chains on the Top 500 are growing faster than units. But with more restaurants—including big players such as Panera—vowing to use only antibiotic-free chicken, might supply chain, and thus cost, become an issue for these chicken-only spots? “If consumers demand food a certain way, restaurants will have to deliver,” says Reader, who isn’t worried. Farmers will grow that type of chicken if demand is there, he says.

With a philosophy of “just made better,” PDQ—which stands for People Dedicated to Quality—is expanding the reputation of its hand-battered chicken fingers, plus sandwiches, daily-cut fries, salads and shakes. It boasts the freezer-free kitchen and clean labels today’s consumers are looking for. But at PDQ, chicken just happens to be the food it serves. “It’s as much about the theater, the experience, how it makes guests feel,” says Reader. It’s that experience that he says differentiates PDQ. “We make guests feel like a part of the family. … That’s a culture we work hard every day to facilitate.”

“There’s a growing demand [for chicken]. There are some players who we respect, but there’s room for competition.” —Nick Reader, CEO and co-founder, PDQ