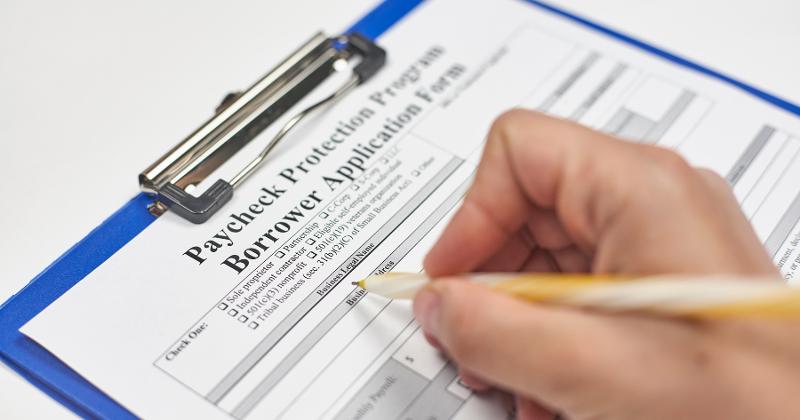 Restaurants would have a shot at landing second loans from the Paycheck Protection Program (PPP) under the massive COVID-19 relief proposal that was introduced by Republican leaders in the Senate earlier this week.

The provision for a second PPP is one of many components that could have a direct impact on restaurants. Also part of the $1 trillion plan is a cut in the federal add-on to weekly unemployment benefits to $200, from the prior level of $600. The rollback is intended to address reports from restaurateurs and other employers that some furloughed staffers made more money from unemployment insurance than they would earn by returning to their former jobs.

Similarly, the new PPP plan addresses a number of complaints that operators loudly voiced about the first iteration of the program, the federal government’s principal relief initiative for small businesses during the first phase of the pandemic. The original version, which extended loans of up to $10 million that needn’t be repaid if the borrower met certain conditions, is set to expire on Aug. 8. Although the program was widely used by restaurants, operations seeking the relief could only borrow a single time.

The revised program would establish what the plan calls PPP Second Draw Loans, or second extension of funds to PPP borrowers that have suffered at least a 50% year-over-year decline in revenues. The secondary loans are limited to businesses with 300 or fewer employees, and the amounts are capped at 2.5 times the applicant’s monthly payroll costs in pre-pandemic times, to a maximum of $2 million. In addition, the first and second loans together cannot exceed $10 million.

Restaurateurs that qualify for a second loan would have fewer restrictions on how they spend the money than they faced under their first loan. For first or second-time lenders, borrowers would need to spend at least 60% of the funds on payroll if they want the loans forgiven.

Both first and second-time borrowers would have eight weeks in which to spend the money, as the original PPP plan dictated, but they could choose which eight weeks were the most feasible for them, provided the period falls within 2020.

This time around, borrowers could also spend the money on additional operating expenses without jeopardizing forgiveness of the loans. The covered expenditures extend to personal protective equipment and “adaptive investments,” which could include such major capital improvements as installing a drive-thru window or a new HVAC system. Rent continues to be covered.

The loosened restrictions should simplify the process of seeking forgiveness of the loans, according to the PPP proposal’s sponsors, Sens. Susan Collins, R-Maine, and Marco Rubio, R-Fla.

Their plan would earmark $190 billion for new and second PPP loans. Another $25 billion would be allocated for prospective borrowers with 10 or fewer employees.

Yet another pool, of $100 billion, would be established for 7(a) loans extended by the Small Business Administration to small businesses in what Collins and Rubio termed “recovery sectors,” or presumably industries and markets that have been particularly hard hit by the pandemic.  The loans would be available only to businesses that have suffered at least a 50% year-over-year drop in revenues and employ no more than 500 people. Applicants could borrow up to twice their annual revenues, with a cap of $10 million.

The funds could be used for working capital, acquisitions and refinancing current debt.

The 7(a) recovery loans would extend for 20 years, with interest and principal payments suspended for the first two years.

The Republican plan consists of several bills introduced separately by veteran senators. Each initiative is aimed at helping businesses, individuals, institutions, communities other affected parties in a different way.  Together, the various components are known by the acronym HEALS, which stands for Health, Economic Assistance, Liability and Schools.

The plan is the Republicans’ answer to the Democrats’ HEROES Act, technically the Health and Economic Recovery Omnibus Solutions Act. The 1,800-plus page Democratic bill, which has already been passed by the House of Representatives, does not call for a re-up of the PPP. It also sustains the $600-a-month federal add-on to state unemployment benefits.

The HEALS plan stands little chance of passing the House in its current form, and the Senate’s Republican leadership have shown virtually no inclination to push through the HEROES Act. The standoff will require the leadership of both chambers to hammer out a compromise measure that both can accept and that President Trump would sign.