Papa John’s hopes a 7-foot center can help it rebound.

The Louisville, Ky.-based pizza chain on Friday named former NBA star Shaquille O’Neal to its board of directors.

The four-time NBA champion and current sports analyst will also be a brand ambassador for the company and has agreed to invest in nine Papa John’s locations in the Atlanta area.

The deal lends O’Neal’s considerable fame to a company that has struggled with its messaging since the shocking departure of founder John Schnatter, who had been the company’s longtime spokesman.

Papa John’s sales have struggled for the past 15 months, leading to closed franchised locations and a rescue investment from activist investor Starboard Value.

“This is a triple-threat opportunity for me,” O’Neal said. “I am excited to join the board and to help from the top, while also investing in nine stores in my home town of Atlanta and being an ambassador for the brand.” 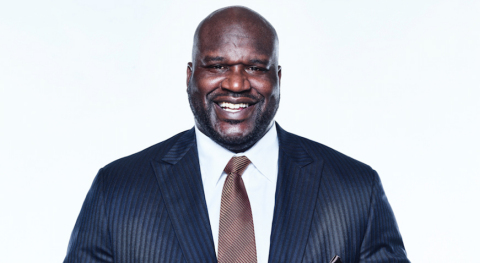 O’Neal is no stranger to the restaurant industry: He currently owns a Krispy Kreme Doughnuts franchise in Atlanta and once owned 27 Five Guys franchises. He also founded a fast-casual fried chicken restaurant in Las Vegas and a fine-dining restaurant in Los Angeles. He is also a minority owner of the Sacramento Kings.

“Shaquille has an excellent entrepreneurial background, including as a restaurant franchise owner, and is a natural creative marketer,” Papa John’s Chairman Jeff Smith said in a statement. “Shaquille has demonstrated great success through understanding the customer value proposition with product and brand differentiation.”

O’Neal is hardly the first former athlete to take a board membership at a restaurant chain. Former NFL star Troy Aikman, for instance, at one point was a board member for Wingstop when he was its national spokesman.

Many other athletes have been involved in the restaurant space as franchisees or investors. LeBron James was an early investor in Blaze Pizza, for instance.

Papa John’s has long used athletes as both endorsers and operators. Former NFL star Peyton Manning was a spokesman and investor in a 31-unit operation in the Denver area. He sold those restaurants last year.