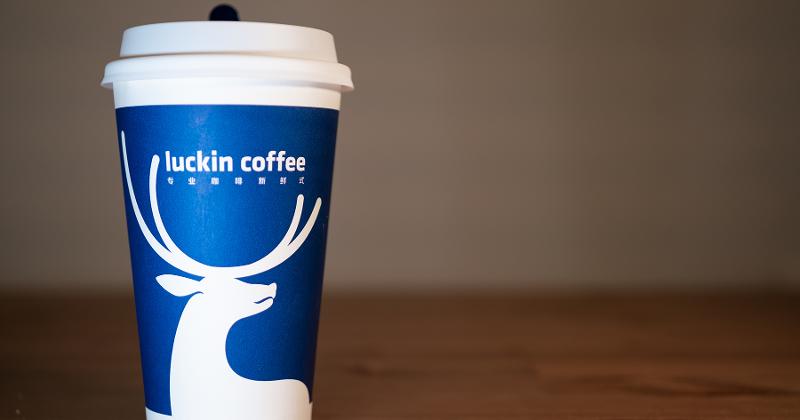 Luckin Coffee has become an overnight sensation in China, going from zero locations to the biggest coffee chain in the country in just a couple of years and putting Starbucks on the defensive in its most important growth market.

But a noted investor has started to question some of the company’s numbers. The investor, Muddy Waters Research, is known for betting against stocks. Last week, it published an anonymous but “credible” allegation that the company inflated its numbers.

When Luckin went public last May, “it was a fundamentally broken business that was attempting to instill the culture of drinking coffee into Chinese consumers through cutthroat discounts and free giveaway coffee.”

The report sent the company’s stock plummeting, leading Luckin to publish its own defense Monday morning.

“All the company’s key operating data, including the number of items per store per day, items per order and effective selling price, are tracked in real time and can be verified,” the company said in the statement.

Luckin Coffee called the allegations “misleading and false,” and the company said it “intends to take appropriate actions to defend itself.”

Luckin opened its first location in 2017. By the end of 2019, it operated 4,500 locations in China, exceeding the 4,300 Starbucks units there. To be sure, Luckin’s locations do a lot less business per restaurant, but the shocking rate of growth appears to be virtually unprecedented anywhere in the world.

The company went public in the U.S. in May of last year and had a secondary offering in January. Even after a recent decline following the secondary offering, and another 11% decline on Friday, the stock is trading at about double its IPO price from last year.

Muddy Waters is known for publicly short selling stocks. When an investor short sells a company’s stock, it is betting that the stock will decline rather than increase.

Short sellers’ views can be healthy in equity markets where analysts’ reports on companies’ prospects are frequently too rosy. Yet these short sellers can also see problems where there are none, and they are subject to considerable questions of their own. Short sellers win, after all, when investors turn on the companies they’re betting against. Their public reports of company problems should therefore be taken with a big grain of salt.

This one should be taken with a couple of grains. This report was clearly well-funded, involved considerable effort and was anonymous, and China is a very important market for a lot of coffee companies.

The 89-page report argues that some of Luckin’s published sales and financial numbers were inflated, and it questioned the history of some of the company’s backers.

The report said that the company “evolved into a fraud” after its initial offering raised $645 million. The report said video of store traffic found items sold per store were inflated by 69% in the third quarter and 88% in the fourth quarter, for instance. It also gathered nearly 26,000 receipts, arguing that Luckin inflated net selling price per item by 12.3%.

In its defense, Luckin questioned the report’s sources and said authenticity of the receipts used to help compile the report are “unsubstantiated.” The company says its own internal systems verify its numbers and that it “is in strict compliance” with financial reporting controls.

“The methodology of the report is flawed, the evidence is unsubstantiated, and the allegations are unsupported speculations and malicious interpretations of events,” the company said Monday.

“Luckin Coffee firmly stands by its business model and is confident in benefiting from the strong growth of China’s coffee market in the future.”

It’s also worth noting that at least one other short seller, Citron Research, received the same report on Luckin and came out in defense of the coffee company Friday, according to Motley Fool.