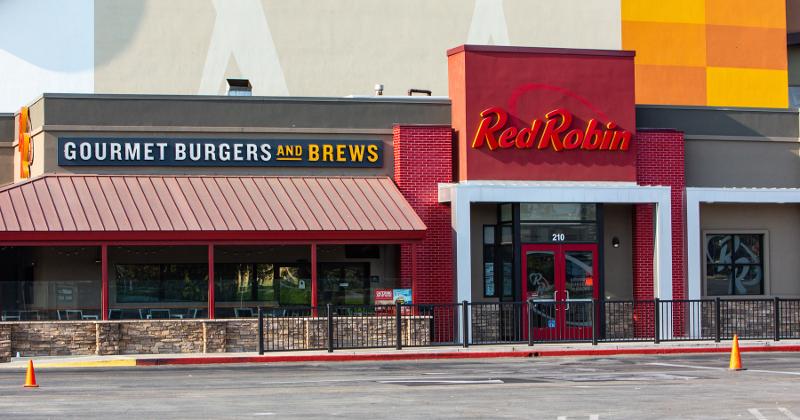 Red Robin is obsessed with staffing these days. A look at its third-quarter earnings results explains why.

The Greenwood Village, Colo.-based burger chain returned to its pre-pandemic sales benchmark for the period, finishing slightly positive at 0.6% compared to two years ago. The growth came even as its restaurants remained hobbled by staffing shortages. Reduced seating capacity and limited hours due to a lack of workers had a 2.2% impact on sales, CEO Paul Murphy told investors during an earnings call Wednesday.

And as staffing and retention improved toward the end of the third quarter and into the fourth, so did sales, Murphy said. Same-store sales were up 4% in the final period of Q3 and the first part of Q4 as the chain returned to 85% to 90% effective capacity across its more than 525 restaurants.

“I would be disingenuous if I didn't say that staffing has been a big part of that,” Murphy said of the sales improvements. “And we're happy to report that it just continues to get better. So that's why we said we were certainly bullish, and we felt like those results could grow as we move through the fourth quarter.”

Red Robin benefited from a few other sales drivers also. Its Scorpion Burger LTO exceeded expectations and will become part of the permanent menu. Its three virtual brands generated $5.9 million in “highly incremental” sales in the quarter. And its co-branding arrangement with Donatos Pizza continues to be a winner: Customers ordered $4.1 million worth of pizza from Red Robin in the quarter, and restaurants that offered it (and did not have supply chain disruptions) saw same-store sales increase 4.3% vs. 2019. Donatos will be available at about 200 Red Robins by the end of the year.

The chain also raised prices 3.5% in the quarter, and it will take an additional 2.4% in pricing at the beginning of Q4 to offset higher commodity and wage costs.

It did not provide an update on how guest counts in the quarter compared to 2019. But it was enthusiastic about a new digital marketing strategy that it said drove incremental traffic. The new approach allows Red Robin to tailor its marketing to specific groups of customers.

“With the segmentation work that we did in 2020 and, I think, have refined in '21, our messaging is more direct and more on target with the different segments in the marketplace,” Murphy said.

Restaurant revenues for the quarter were $270.2 million, more than 30% of which came from off-premise. Restaurant-level operating margin was 12.5%, a decline of 360 basis points vs. 2019 due to higher third-party delivery costs, hiring costs and technology costs.