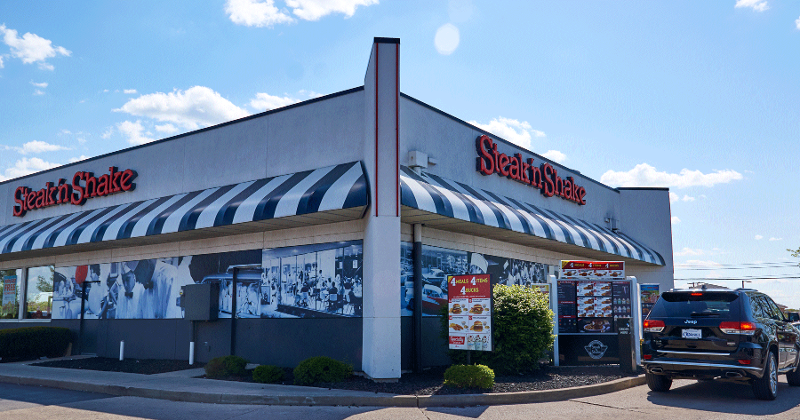 Last week, news emerged that Steak ‘n Shake hired advisers to restructure its debt or to file for bankruptcy protection. The news was not surprising in the least.

The company has been struggling for some time, had its bonds downgraded multiple times and was viewed as a likely candidate for such a step. Its debt comes due in March, and this isn’t exactly a flourishing time in the restaurant credit markets.

This has been years in the making. Steak ‘n Shake held too long onto a discounting strategy, focusing instead on cutting costs at a time of intense competition. It’s a lesson for much of the restaurant industry: Rely too heavily on discounts for too long and the result is completely predictable.

To understand the issue as it relates to Steak ‘n Shake, go back to 2008. At the time an aggressive young investor named Sardar Biglari, along with one of his old college professors Phil Cooley, won seats on Steak ‘n Shake’s board of directors. The company was a mess at the time and Biglari provided it with the energy the company desperately needed.

Biglari was named company chairman, and eventually CEO, and the company quickly shifted to a price-focused marketing strategy that emphasized customer traffic as the key measurement of success. Its largely Midwest customer base, reeling from the recession, needed the chain’s lower prices and flocked to its restaurants as a result.

Customer traffic increased 20% in the fourth quarter of 2009 and an insane 23% in the first quarter of 2010 and Biglari was suddenly a genius. The chain began a period of more than seven years of uninterrupted quarterly same-store sales growth.

Biglari largely hoped to pay for these discounts with cost cuts. “By keeping a tight lid on expenses, we can pass much of the savings along to the customer,” he wrote in 2011. But he also insisted that they would be the right cuts. He called cuts on quality “not only nearsighted but also destructive. Cuts on quality are not part of our corporate culture.”

Maybe not. But one cannot run a restaurant deploying a marketing strategy of consistent discounts without facing some financial repercussions. It needed more premium items to make up for the lack of profits from those discounted items. Over time, the lack of profitability led to unproductive cost cuts that hurt service and eventually sales.

The company’s restaurants have suffered from high turnover and service challenges. Managers at the chain’s restaurants have filed multiple lawsuits for unpaid overtime. Field managers also left. Profit challenges put pressures on things like routine maintenance and stores fell into disrepair. Service problems and unkempt stores frequently lead to sales declines. But don’t take my word for it.

“A patron’s overall experience will determine the frequency of his or her future visit,” Biglari wrote in 2011. “The pleased guests will certainly return, and perhaps more frequently, and spread the good word that their listeners ought to visit.”

Steak ‘n Shake also doesn’t do a great job with marketing, which prevents the company from getting attention for new products or new offers and makes it difficult to compete in a world filled with big chains like McDonald’s and Burger King.

The company doesn’t get arguably the biggest benefit associated with being a public company: The free attention that goes with it. Biglari Holdings itself doesn’t do analyst calls or other such meetings, and Biglari himself eschews media interviews of any sort.

Biglari may not like talking with the press, but neither does just about every other CEO that nevertheless gets out there and does interviews every three months. There is a legitimate benefit to that.

Meanwhile, pricing competition also grew fierce. The fast-food business that Steak ‘n Shake wants to compete in—it’s a family-dining chain that acts like a fast-food burger joint—went on something of a price war four years ago. That price war claimed a number of victims—Checkers CEO Frances Allen blamed it for that chain’s pre-pandemic problems.

Finally, there is the debt itself. Steak ‘n Shake’s debt wasn’t as productive as it could have been. The company borrowed $220 million in 2014 and used most of it to repay old debt (fine) and pay a dividend to parent company Biglari Holdings (not fine). Only $51 million went to general corporate purposes. Biglari Holdings, mind you, does not guarantee that debt.

Steak ‘n Shake is doing some interesting things, though we have doubts about the company’s Chick-fil-A-like operating partner model, given the chain’s discount strategies. Shifting to counter service is not a bad idea, especially in a pandemic. But that would have been a good use of that $220 million in debt.