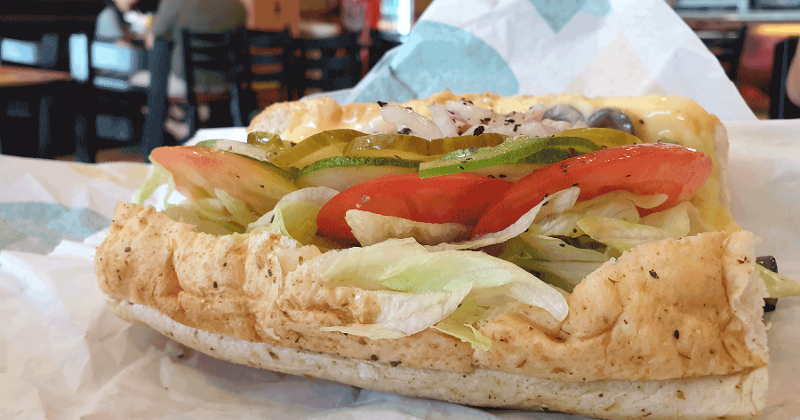 Subway is facing another legal challenge to the quality of its food. This time, it’s the tuna, which a lawsuit in California claims to not be actual tuna.

The lawsuit, filed in a California federal court and hoping to gain class-action status, accuses the sandwich giant of serving tuna salads and sandwiches made of a “mixture of various concoctions that do not constitute tuna” but which “imitate the appearance of tuna.”

The lawsuit says that independent testing “has repeatedly affirmed” that “the products are made from anything but tuna.” The complaint does not provide any specific information on a test of the tuna.  Nor does it mention what the tuna is allegedly made from.

The filing generated a vociferous response from the Milford, Conn.-based company.

“There is simply no truth to the allegations in the complaint that was filed in California,” Subway said in a release on Thursday. “Subway delivers 100% cooked tuna to its restaurants, which is mixed with mayonnaise and used in freshly made sandwiches, wraps and salads and served to and enjoyed by our guests.

“The taste and quality of our tuna make it one of Subway’s most popular products, and these baseless accusations threaten to damage our franchisees, small business owners who work tirelessly to uphold the high standards that Subway sets for all of its products, including its tuna.”

The company said that the lawsuit was “a reckless and improper attack on Subway’s brand and goodwill” and called the claims “frivolous” and said they were “pursued without adequate investigation.”

If Subway is feeling defensive, it’s because the company has been through this before. The company was sued in 2013 after a customer in Australia made a viral video showing his footlong sub was less than 12 inches long. A class-action in that lawsuit was ultimately settled before an appeals court judge dismissed the agreement as “worthless.”

More recently, the company found itself having to say that its bread was, in fact, bread, after an Irish court ruled that it failed to meet that country’s decades-old definition.

To be sure, Subway is hardly the first restaurant chain to face such accusations in court filings and nor will it be the last. Taco Bell in 2011 faced a lawsuit saying that the meet in its tacos was only 35% beef. (The company responded with ads thanking the law firm for the lawsuit.) That lawsuit was ultimately withdrawn.

In this instance, Subway in its statement said the lawsuit is “part of a trend in which the named plaintiffs’ attorneys have been targeting the food industry in an effort to make a name for themselves in that space.”

It also comes at an especially sensitive time for the chain, which is working to recover from the pandemic as well as years of store closures brought about by weak sales and diminishing profits from the chain’s franchisees. Subway operates about 22,000 locations, down some 5,000 locations from its peak and by more than 4,000 locations the past three years.

“Subway will vigorously defend itself against these and any other baseless efforts to mischaracterize and tarnish the high-quality products that Subway and its franchisees provide to their customers, in California and around the world, and intends to fight these claims through all available avenues if they are not immediately dismissed,” the company said.