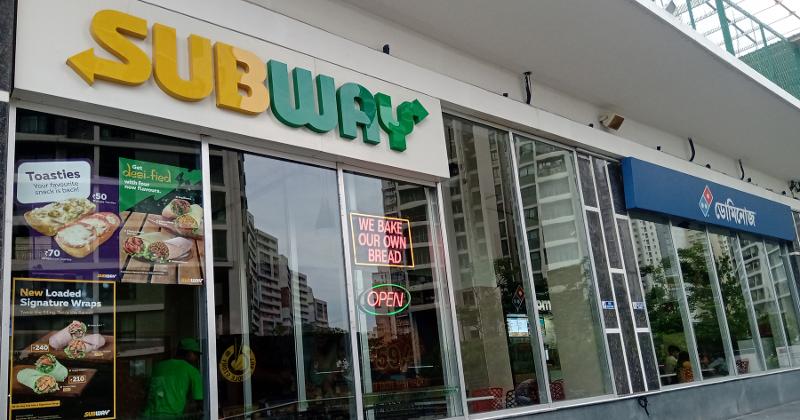 The sandwich giant Subway, which has seen its unit count erode in recent years both at home and abroad, on Tuesday announced an agreement that will go a long way toward reversing that trend, at least internationally.

Subway announced a deal with Everstone Group, a private investment firm focused on South Asia, to develop 2,000 locations in India, Sri Lanka and Bangladesh over the next 10 years.

The agreement promises to more than triple the chain’s size in the area. Subway currently operates 700 locations in India.

The deal is a “significant step in Subway’s transformation journey and global expansion plans,” CEO John Chidsey said in a statement. He noted that Everstone has operational expertise in the region and is “the ideal partner as we begin this new chapter for Subway in India and South Asia.”

It’s the second major deal in recent months for Subway outside the U.S., following an earlier agreement in Indonesia.

The number of international Subway restaurants has declined 14% since 2017, to 15,472 locations from 18,007, according to Restaurant Business sister company Technomic.

The international decline, coupled with its rapid pullback in the U.S., has left the chain with fewer than 38,000 global restaurants. That’s still more than any other single restaurant chain in the world but it is less than the 44,700 it operated five years ago, according to Technomic.

Development agreements are not always fulfilled and just because a deal calls for a certain number of locations doesn’t mean they’ll all get opened. But the agreement represents a continued shift in strategy for Subway, which is focused now on larger deals with bigger companies.

In the U.S., the brand has been shifting its attention away from smaller operators more likely to struggle toward larger-scale franchisees, similar to the way other legacy brands have done in recent years such as McDonald’s.

Internationally, the deal with Everstone should help kickstart the chain’s international growth and gives it a bigger foothold in a populous market. “Subway is an iconic brand and its philosophy of freshly made-to-order and better-for-you food delivered at home and in-store is central to one of the greatest structural consumer trends we see in South Asia,” Sameer Sain, CEO of Everstone Group, said in a statement.