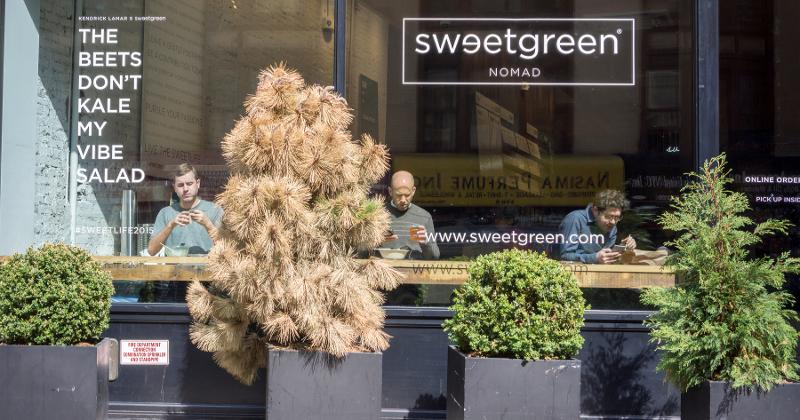 The salad chain Sweetgreen said it is cutting 5% of its workforce after lowering expectations for sales and profits. / Photograph: Shutterstock.

Los Angeles-based salad chain Sweetgreen said on Tuesday that it is cutting 5% of its workforce as part of a plan to get to profitability after warning that sales were weakening and so would profits.

The company said it is also moving its support center functions to a smaller space nearby as part of a plan to achieve profitability.

Sweetgreen said it started to see some “softness in revenue” around Memorial Day, prompting it to lower its expectations for the year.

Sweetgreen now says it expects same-store sales to be between 13% and 19% this year while revenues will range from $480 million to $500 million. Both are substantially lower than initial expectations.

Company executives said on Tuesday that the slowing sales in the summer was “unusual,” given that they usually improve during that period. They largely blamed the problem on the external environment, saying more summer travel, the rise in COVID cases, the “erratic” urban recovery and weakness in stores built last year.

The lower sales are doing the company no favors on profits. The company said it now expects adjusted EBITDA, or earnings before interest, taxes, depreciation and amortization, to range between negative $35 million and negative $45 million. That’s higher than the $33 million to $40 million adjusted EBITDA loss it had projected three months ago.

The results sent the company’s share price plunging more than 20% in after-hours trading on Tuesday.

That’s tough for a company that traded at more than $50 a share shortly after its IPO last year. Even before the stock price decline it closed Tuesday at less than $17 a share—far lower than the $28 a share at which it went public.

The news came after a quarter in which the company said its sales and restaurant-level margins actually bested its own expectations. Same-store sales rose 16% in the quarter ended June 26, on top of an 86% increase last year. Its average unit volumes are now $2.9 million, compared with $2.4 million last year.

Digital sales now represent 62% of revenue. Restaurant-level profit margin, meanwhile, was 18%, up from 15% a year ago.

The company said that it expects to take charges of between $8.9 million and $10.7 million related to its restructuring and other charges, most of that related to its office move. The company plans to get to profitability as measured by adjusted EBITDA. Sweetgreen operates more than 160 locations.

UPDATE: This story has been updated to add information from Sweetgreen's earnings call Tuesday.