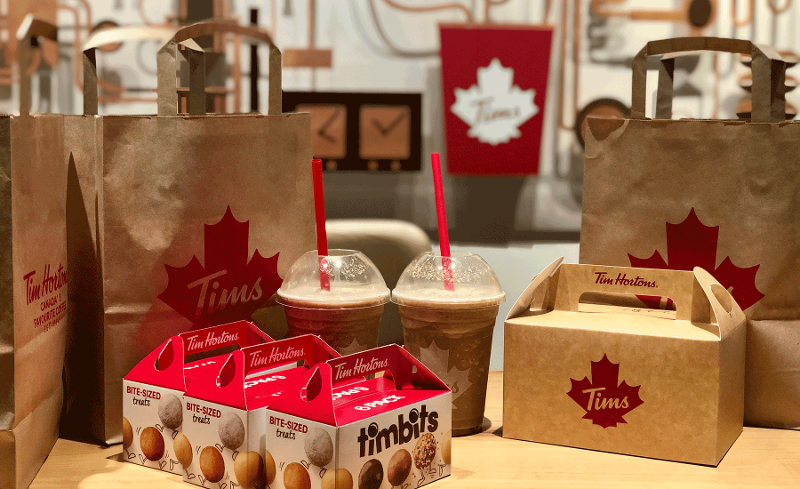 The Canadian doughnut-and-coffee chain plans to switch to paper straws north of the border early next year. The company said on Tuesday that it has started the process of introducing paper straws at its 4,000 Canadian restaurants

The move comes as the government in Canada has started detailing plans to eliminate single-use plastics. It also comes amid a growing effort on the part of major restaurant chains to ditch plastic straws and find more sustainable solutions for cold drinks.

At the moment, about 90 Tim Hortons locations in and near Vancouver have eliminated the use of plastic straws. The company said that the full transition to the Canadian system will eliminate around 300 million plastic straws from the chain’s restaurants over the next year.

“We know our guests are eager to support us on our mission to reduce waste, encourage the use of reusable cups and dishes when it’s safe to do so, and recycle and use recyclable materials,” Hope Bagozzi, Tim Hortons chief marketing officer, said in a statement.

Tim Hortons has already taken several steps to eliminate single-use plastics, including removing plastic stir sticks and limiting the use of plastic bags to bulk orders. The company is also testing compostable cutlery and plans to transition to recyclable takeout containers next year.

Tim Hortons launched a strawless lid for cold beverages, which the company says has taken out 90 million plastic straws from circulation.

With governments in the U.S. and around the world beginning to take aim at single-use plastics, more chains are working to get a jumpstart—Starbucks recently introduced strawless lids of its own in the U.S., for instance, while McDonald’s is testing reusable cups in places like the U.K.