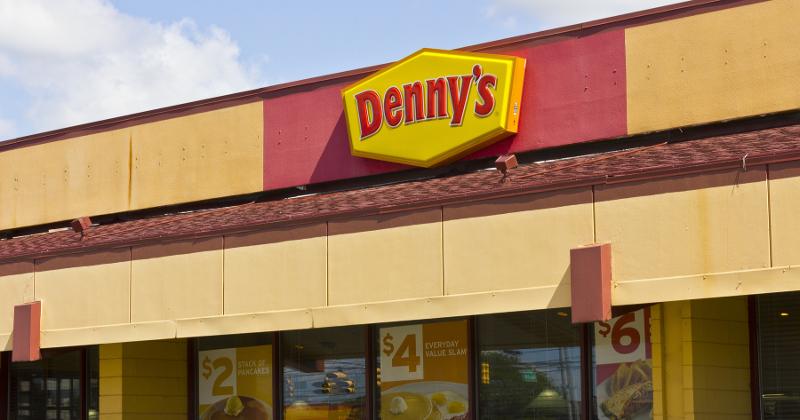 Denny's is promoting a pair of $6.99 meal deals this summer. / Photograph: Shutterstock

The Great Recession gave birth to one of the most recognizable value offers in American eating: Denny’s $2 $4 $6 $8 menu.

Introduced in 2010, the selection of more than 16 items across dayparts was created to help the chain and its customers recover from the economic downturn of 2008-09. And it did, adding more than 6 percentage points to the chain’s traffic after it was introduced in 2010, CFO Robert Verostek recalled Tuesday.

More than a decade later, the chain finds itself in a similarly delicate position. Its profit margins are being battered by higher costs for food and labor, and its customers are slowing their spending as gas, food and other goods get more expensive. So once again, Denny’s is turning to value to help weather the downturn.

“We believe that this is what the consumer needs right now,” Verostek told analysts during the chain’s second-quarter earnings call. “And we are better tooled and equipped to do this than other brands.”

It’s a notable shift in strategy at the chain from just a quarter ago, when CEO John Miller said Denny’s had eased up on value because its restaurants weren’t staffed well enough to handle the added traffic.

“In our category, I wouldn’t say we’ve fully abandoned it, but we’ve really left that to quick-serve and grocery,” Miller said at the time, according to a transcript on financial services site Sentieo.

But staffing at the chain has gotten better over the past three months, and Denny’s is now set on embracing value again. However, that will look different than it has in the past. The days of $2 $4 $6 $8, Verostek said, are likely over as consumer perceptions around value change. Though the menu did return in 2020 to mark its 10-year anniversary, “It’s somewhat, we think, probably getting toward the end of its useful life,” the CFO said.

“The idea of value may be changing,” he continued. “A $2 price point may have served a purpose a decade ago. … I think we may have moved beyond that.”

The company’s big value play this summer has instead been an endless breakfast deal—unlimited pancakes, eggs and hash browns for $6.99—and the return of the Super Slam, a member of Denny’s signature Slam family. The Super Slam features two buttermilk pancakes, two sausage links, two bacon strips, two eggs and two hashbrowns for $6.99 or $8.99, depending on the market.

A TV commercial promoting the deal urges viewers to “give their wallet a break” at Denny’s, “America’s value destination.”

“We know [value] works for us,” said incoming CEO Kelli Valade, noting that there’s been an increase in value offers across the full-service segment. “We know it’s a place that we play and that guests count on us for that.”

Denny’s value push comes as it has raised its prices by about 7% over the past year. It could take more “as needed” in the fall, Verostek said.

And yet the hikes have not been enough to offset inflation. Denny’s commodity costs rose 18% in the second quarter, and labor costs were up 8%. That contributed to a massive drop-off in operating margins at company-owned Denny’s: They were 8.8% in the period, down from 20.5% a year ago.

The chain believes that value offers will help drive traffic to such an extent that it will offset the lower check sizes.

“We don’t view that a value strategy is a negative to margins,” Verostek said. “In fact, we believe that it will drive margins higher.”

With the summer meal deals, value instances rose 3 percentage points in the second quarter, from low double digits, he said. “And we are seeing the traffic benefits from that that would more than offset the cost.”

He also said the chain is seeing signs that commodity inflation has peaked and that wage growth is starting to moderate, though did not provide guidance for the third quarter.

Overall for the quarter, same-store sales rose 2.5% across Denny’s 1,631 restaurants, including 2.4% at franchised units and 3.8% at company stores. The chain lowered its sales growth outlook for the year, to 0% to 2%, down from 3% to 5% a quarter ago—but raised its profit expectations to $19 million to $21 million in adjusted earnings before interest, taxes, depreciation and amortization (EBITDA). That’s up from previous guidance of $17 million to $19 million.