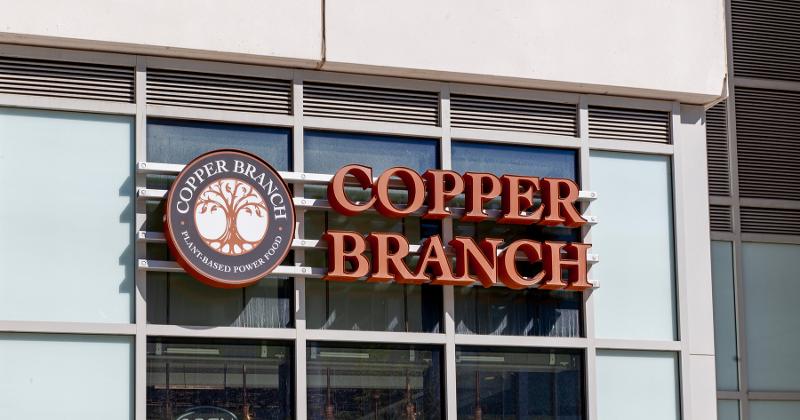 Foodtastic, which has more than 370 restaurants of more than a dozen concepts, said it plans to aggressively grow fast casual Copper Branch in Canada and internationally, with plans to open more than 40 new locations over the next three years.

Details of the transaction were not disclosed.

Copper Branch lists nearly 40 restaurant locations on its website. Just two of those units are in the U.S.

“This relationship will enable us to move more quickly and efficiently to bring Copper Branch’s brand to a new global customer base while driving improved operational efficiency and resources for our franchisees,” Copper Branch CEO Trish Paterson said in a statement.

Copper Branch’s menu is focused on plant-based items, with gluten-free and organic options. Dishes include grain bowls, veggie burgers and wraps, as well as a new all-day breakfast offering.