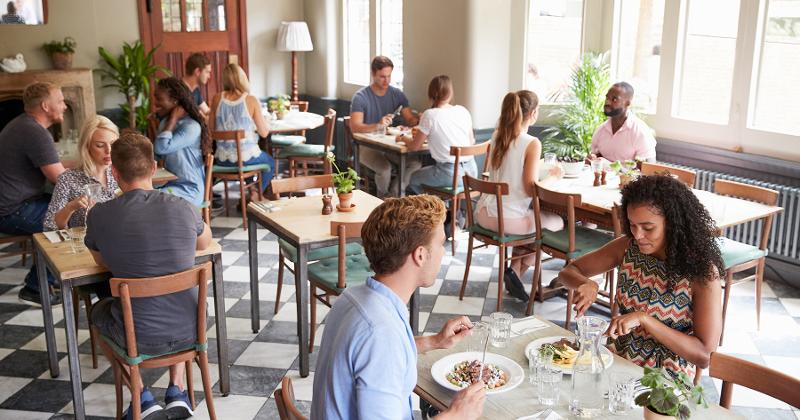 Same-store sales rose at their highest rate in more than four years in January, according to the most recent Black Box Intelligence index. The industry generated 2.3% same-store sales growth during the month.

All sectors saw same-store sales increase, the first time that has happened in a year.

Meanwhile, the industry added 24,400 jobs last month, according to new federal data published Friday. Restaurants now employ 12.2 million people and have added about 220,000 employees over the past year, continuing a consistent run of hiring that’s lasted for years now.

Much of the industry’s growth last month can be attributed to weather. Nothing gets consumers to restaurants quite like unseasonably mild temperatures. At the very least, the lack of severe weather ensures they’re not staying home.

Indeed, Victor Fernandez, vice president of insights and knowledge for Black Box Intelligence, said not to read too much into the January results. “January’s impressive sales growth is not an accurate representation of the strength of the industry,” he said in a statement. “Winter has been mild during the first month of the year and headlines from different parts of the country mention historically warm temperatures for January.”

“This seems to be the factor most responsible for the boost in restaurant sales during the month,” he added.

To wit: Five regions saw same-store sales growth of 4% or more, and all of them were areas where weather is a major factor: The Mid-Atlantic, New England, the Midwest, New York-New Jersey and the Mountain Plains.

The weakest same-store sales were in Florida, the Southwest and Texas.

And despite the warmer weather, guest counts remained negative, continuing a long and frustrating weakness for the industry. Traffic declined 0.7%. That was the highest level since August 2018. It was also only the fifth month in the past four years where guest counts didn’t decline at least 1%.

Once again, Black Box noted, traffic was strongest in markets where weather would seemingly be a bigger factor.

Employment growth in January came along with continued strength in the overall jobs market. The economy added 225,000 jobs in January, demonstrating a remarkably long run of resilience.

Jobs growth has helped fuel restaurant sales, if not traffic growth. And it should continue to fuel consumer demand. “The economy continues to expand at the moderate rate we saw for most of the last year,” Joel Naroff, president of Naroff Economic Advisors and a Black Box economist, said in a statement.

“Consumer confidence remains extremely high, the unemployment rate is at historic growth, and while wage increases are moderating, they are still decent. Thus, the forecast for modest gains this year in restaurant demand remains in place.”