Rising temperatures in the years ahead could have a direct impact on a wide range of food items. Here’s a look at six that play a significant role in many restaurant menus—and have already seen the impact of climate change. 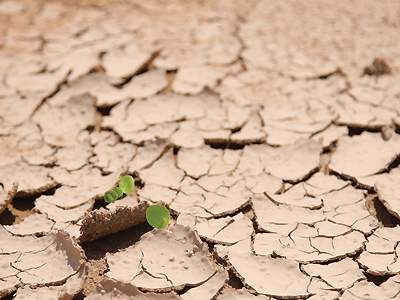 Wine. Rising temperatures could cause the highest value California vineyards to shrink by more than 50 percent in the next 30 years, according to a recent Stanford University study. Scientists predict a two percent temperature rise for wine country, which they say would lead to an average of 10 additional very hot days during growing season, the Los Angeles Times recently reported. The consequence: harvests of the high-value varietal grapes used to make wine are likely to significantly decrease, dealing a blow to California’s $16.5 billion wine industry and potentially causing restaurants to trim the American portion of their wine lists.

Coffee. There’s a reason why coffee labels often contain the name of a country, such as Ethiopia, Costa Rica or Colombia: the climates of these countries are optimal for cultivation of the sensitive coffee tree. But that’s changing. In Costa Rica, for instance, farmers have recently had to move their plants up into the mountains—to 7,000 feet above sea level—because temperatures below that altitude were climbing too high, according to a report in the Colombia Dispatch. In Uganda, a prolonged drought caused by changing weather patterns has left beans drying up on the trees, while rising temperatures have caused the damaging coffee leaf rust fungus to spread.

Peanut butter. The price of peanut butter soared this year due to scorching temperatures across peanut-growing regions of the country, especially Texas. Kraft Foods told the Wall Street Journal it was raising the price of its Planter’s brand peanut butter 40 percent, and competing brands aren’t far behind. The drought currently plaguing Texas, which some scientists have linked to climate change, doesn’t appear to be easing up.

Chocolate. Ghana and Ivory Coast produce more than half of the world’s supply of chocolate, but a recent study by the International Center for Tropical Agriculture suggests that chocolate lovers can’t rely so heavily on those countries for much longer. The study predicts that cocoa production in these countries will begin decreasing by 2030, with prime growing regions near the coast shrinking. However, as with many of the potential changes wrought by a warming climate, there could be upsides along with the downsides: some African regions that are currently not suitable for chocolate production are expected to become so as temperatures rise.

Oysters. Increasing ocean acidity in the Pacific Northwest is making it more difficult for oysters to form shells, wreaking havoc on wild oyster populations in the region, according to Yale University. Commercial oyster hatcheries are struggling to adapt to the changing conditions, which are caused by shifts in ocean circulation patterns that make colder and more acidic water flood certain areas. The $207 million West Coast oyster industry could face some tough years ahead if the acidity is unable to be mitigated.

Beer. The golden, light-tasting beer known as pilsner may be endangered by climate change. The quality of the key ingredient needed to brew the lager, Saaz hops, has been steadily decreasing due to changing weather patterns, report Czech climatologists in the New Scientist magazine. But pilsner drinkers aren’t the only beer lovers who should be worried about climate change. Breweries are reporting a wide range of new difficulties accessing the many ingredients needed to brew beer, including barley, water and hops. The New Belgium Brewing Company in Colorado reports that it expects to see a 20 percent increase in the price it pays for barley due to low harvests caused by droughts and flooding.