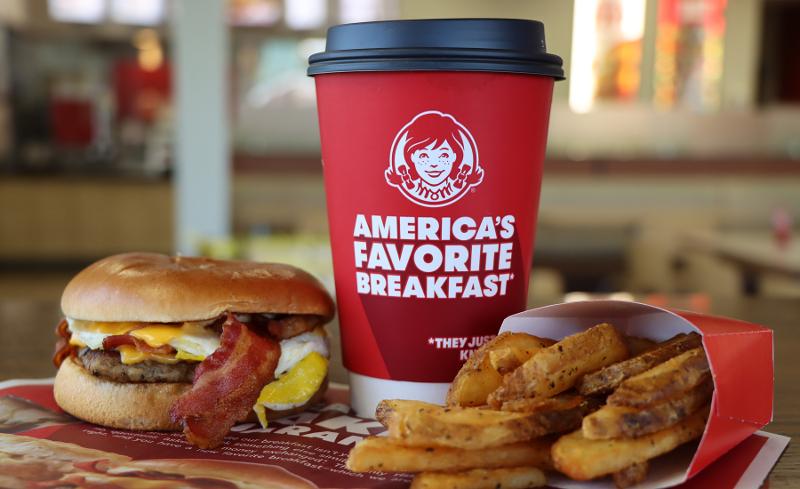 Wendy’s introduced breakfast in early March to remarkable success. The chain’s sales were up 15% the week it added the new daypart, proving views from competitors that the burger chain would be a formidable force in the morning.

The pandemic seemingly changed that trajectory. All of a sudden, consumers started working from home. That drained the fast-food business in particular of the commuters they rely upon for much of their business.

Wendy’s, however, has kept a substantial portion of its morning business through the pandemic, a surprising result given the overall weakness in the daypart and the company’s heavy reliance on the drive thru.

“The big headline for us is clearly a successful breakfast launch,” CFO Gunther Plosch told investors on Wednesday, according to a transcript on the financial services site Sentieo. “We’re very proud of it.”

But he also acknowledged that the company’s own executives were concerned about the impact of the pandemic on their breakfast launch.

“And then secondly we knew that when everybody has a crisis, the consumer typically doesn’t like to try new things.”

Consumers did stay home, to be sure, but they did actually try new things, at least when it comes to Wendy’s. Breakfast has settled in at 8% of the company’s sales so far and executives say the daypart has been profitable.

That latter part is particularly vital. A number of Wendy’s operators have a lot of leverage after years of buying up restaurants at large multiples and then spending millions on remodels. As the company prepared its breakfast introduction, it took numerous steps to ensure franchisees could do so profitably.

Yet executives felt that they could add as much as $200,000, with average profitability, to its $1.7 million unit volumes, which “would transform the model,” Plosch said.

There was at least some skepticism that the company could offer breakfast profitably and also in a way that generates sales. How could Wendy’s offer breakfast, for instance, if its dining rooms weren’t open until 9:30? And could the company keep up with morning speed demands with a short staff?

The biggest question, of course, was its repeated failed efforts. Wendy’s has tried breakfast several times and never could get it going. Indeed, Todd Penegor’s predecessor as CEO, Emil Brolick, said as recently as 2015 that the company could not get into the daypart.

“It’s very difficult to enter that space today and commit the kind  of marketing resources that we feel would be necessary to really entrench ourselves successfully,” he told Bloomberg TV.

All of that means Penegor took a mighty risk when he went all-in on breakfast in 2019, a risk that was apparently worth taking.

Plosch told analysts that Wendy’s breakfast is simple, has a good value proposition and is “super craveable and super tasting.”

“There’s something for everybody,” he said, noting that employees have been able to execute the daypart “to perfection.”

But awareness was key.

That speaks to Wendy’s innovative use of social media, and particularly its irreverent Twitter handle. While it’s traditionally frowned upon to “roast” your own fans, as Wendy’s does, it apparently generates so much attention that the company can now effectively use it to introduce major new business initiatives—including breakfast as well as its move into international markets such as London.

“The awareness levels that we achieved, especially in social media, [were] definitely much bigger than expected,” he said. That “created more traffic in the morning. You’ve got a new kid on the block with a breakfast offering.”

Curious consumers came to try the Breakfast Baconator and other products. “We didn’t disappoint them, and then they came back,” Plosch said. “So, we think we found gold.”