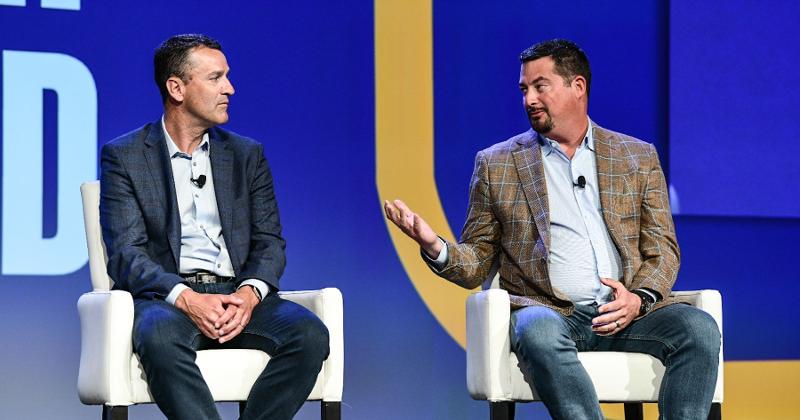 Dutch Bros and First Watch were part of a wave of restaurant chains to go public last year, making for one of the hottest IPO markets in recent memory.

For the two fast-growing, private equity-backed brands, an IPO was a natural next step. But the process, and the reality of being publicly owned, has had its pros and cons for both.

On one hand, going public can be grueling and can put a company under an unforgiving microscope, the CEOs of both chains said during the Restaurant Leadership Conference on Tuesday. On the other, it has energized workers at both companies, and has helped raise the profile of one. It has also provided the capital necessary for both to keep expanding.

Getting there was not always easy. First Watch had actually planned to file in March 2020, said CEO Chris Tomasso. It was “on the 2-yard line” when the pandemic hit, forcing it to go through virtually the whole process again for its eventual 2021 debut.

“We revisited it a lot sooner than we thought we would” considering the volatility of the pandemic, he said, adding that IPO prep should ideally begin two or three years in advance of filing.

And that prep process can be intense. Tomasso went so far as to call it “inhumane.”

“I’ve been a part of other sales,” agreed Dutch Bros CEO Joth Ricci. “The project management was similar, but the intensity of the pace of doing an IPO I think is unprecedented.”

On Monday mornings, the company would hold a meeting laying out its IPO plans for the week. “There were 156 people on the call, and about eight of them worked for me,” Ricci recalled. “So resource management becomes important when you’re doing these things.”

These two chains in particular found that they had a lot of work to do in educating investors about their brands. Dutch Bros is a drive-thru beverage concept, while First Watch is a breakfast-and-lunch chain that closes at 2:30 p.m. Neither fit easily into established categories. Both learned that it took investors an actual visit to a location to fully understand what they were about.

“We found that the difference between the first time we met with an investor and the second time, typically someone from their team had gone and visited Dutch,” Ricci said.

Even after the IPO is done and the company has begun reaping the benefits, it’s an ongoing part of the business that has to be managed.

“It takes you out of the restaurant and serving customers and now you’re dealing with investors,” said Damon Chandik, who helped both chains go public as the head of restaurant investment banking at Piper Sandler.

Ricci estimated that being public had added 30% to his normal workload. “A lot of people are not prepared for that,” he said.

To investors, public companies are often only as good as their last quarter or their last closing price. Even staff can get caught up in watching the ticker.

“Once they go public, the cues that they get about whether things are going good and bad is driven by the stock price, and that might not have anything at all to do with the fundamentals,” Ricci said.

Both leaders said they try not to get distracted by the day-to-day fluctuations in their stock. Ricci said he rarely looks at Dutch Bros’ price. “I couldn’t tell you what it did today,” he said.

Instead, they try to stay true to their chains’ long-term goals while also being transparent with investors about what those strategies are.

“The Street definitely doesn’t like surprises,” Tomasso said. “We knew good things would happen if we just execute the way we know we can.”

Perhaps the biggest benefit of going public is also the most obvious: liquidity. If you’re looking to get cash out of the business, Chandik said, going public is the best way to do it.

But there can be other positive knock-on effects. At Dutch Bros, an IPO energized its 20,000 workers and gave them a sense of pride, Ricci said. It also got the Grants Pass, Ore.-based chain some national attention.

“Dutch Bros has had more news in the last six to nine months than you can argue we probably had in the last decade,” Ricci said. “I think we’ve had a nice halo effect from that.”

First Watch didn’t have the same experience among consumers, though Tomasso said it did raise the chain’s profile in the investor community.

“Most of our customers don’t even realize that we’re a chain,” he said. But, “investors we had met that had been to a First Watch were so much more engaged and enthusiastic about us.”

The Restaurant Leadership Conference is presented by Winsight Media, the parent company of Restaurant Business.