At first glance, Bill Flagg and Michael Farello seem to have little in common. A million bucks is a big investment for Flagg, who puts it into fledgling E-commerce startups. Farello is a partner in a $2.5 billion private equity firm that focuses on mid-sized consumer product companies. 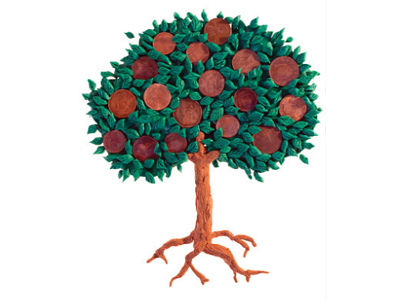 But despite differences in size and sectors, they share a common philosophy, which they call Conscious Capitalism. They seek out companies whose loyalties are broader than just to their stockholders, and they argue that such a business model offers advantages over the standard one.

Flagg, in Boulder, Colorado, tries to take equal care of employees, customers and suppliers. “All my companies tend to have more loyal customers and more loyal employees,” he says. “Employee costs tend to be lower. It’s a better work environment, so they don’t have to pay as much. It’s the same with suppliers. As we treat them better, they tend to be more creative in coming up with solutions, more proactive in helping us out than if we were squeezing them for every last penny.”

He compares his ethic to organic farming. “You’re looking at it more holistically,” he says. “Organic farmers get fruits and vegetables that have more nutrients packed in. They’re better products. It’s the same with the businesses I’m involved in. They tend to be able to provide better products and services, a better environment for people to work in, and better profitability, too.”

Farello, a partner with Catterton Partners of Greenwich, Connecticut, echoes the holistic principle. “The traditional model is single-mindedly focused on one constituent,” he says. “Sometimes it’s on returns, sometimes on employees, sometimes on customers. Implicitly, when you become single-mindedly focused, you make tradeoffs that will hurt you long-term. To make decisions with all those constituents in mind, you end up building a stronger company.”

He points to O.N.E. Coconut Water, a fast-growing natural beverage maker that donates to more than 50 environmental and children’s health organizations. “You can’t look at this as just an expense item,” he says. “It is building a loyalty in the customer base. It’s paying dividends for them that we’re seeing over time, as the business is accelerating and ramping.”

Over the past five years, Farello has seen a surge in such startups. He credits a few public companies as role models for young entrepreneurs. “When they look at the successes of Whole Foods and Trader Joe’s,” he says, “it’s now a proven ground that’s been demonstrated.”

Farello thinks foodservice is a natural fit. “In businesses like restaurants and retail, where you have a large employee base and a lot of direct customer interaction, this notion of Conscious Capitalism becomes even more powerful,” he says, “because you’re influencing those interactions more than consumer product companies are able to do. You can make it part of the value proposition.”