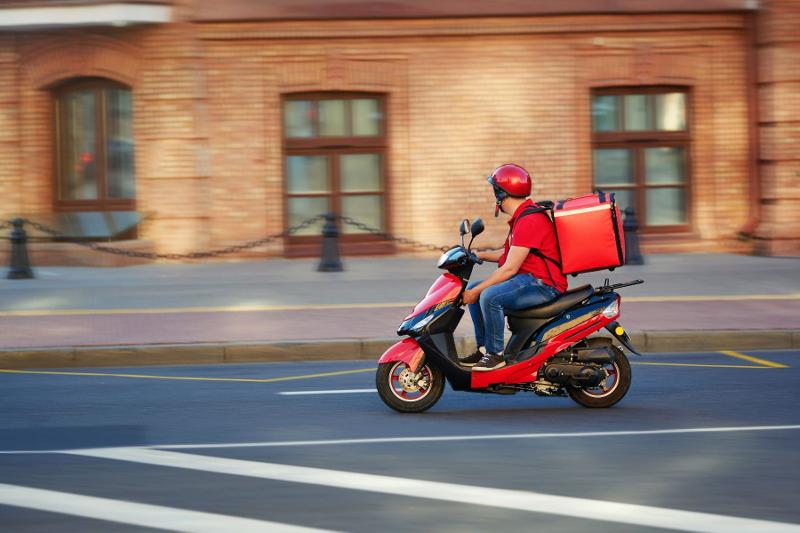 For much of the past year, third-party delivery companies have had a captive audience. Customers, sitting in their homes either unable or unwilling to go out to eat and armed with more money from stimulus payments and not spending on things like movies or gas, ordered a lot of delivery from just about everywhere.

What will happen with that delivery once that audience is no longer captive? For much of the restaurant industry, that’s a big question. They should be prepared for a decline—or a price war among delivery companies still jockeying for position in a market now dominated by three big players.

Most restaurant executives have pivoted over the past year to focus even more intently on delivery, not just as an immediate method for generating sales but as a permanent part of their business—casual dining chains like Brinker International and Bloomin’ Brands are developing virtual brands, for instance, while fast-food chains like Taco Bell and KFC are adding pickup lanes to new prototypes for delivery drivers.

And it’s reasonable to expect delivery to remain a business going forward, as convenience typically wins out in the restaurant business. A certain percentage of consumers definitely like having food delivered, and apps remain popular among the consumer base.

The problem, however, is that much of this planning was done during an era of false demand. Consumers over the past year have been stuck at home, ordering food, and paying for it willingly. Many restaurant chains in the process have been upcharging menu items that are delivered. Chipotle has added a 13% charge, for instance, but many chains have quietly increased their prices on third-party delivery items even more than that.

When the editorial staff of Restaurant Business, along with guests from our sister publication Foodservice Director and Technomic, spent the past few weeks reviewing chicken sandwiches, we realized just how much that delivery premium is. For me, feeding my family of four a delivered meal cost twice as much as it does picking it up. If you order just one sandwich, expect that delivery charge to cost $15.

Again, that is not unreasonable. Delivery is a service, and customers can be expected to pay for it, and chains have to make a profit. But once the pandemic ends, it’s also reasonable to expect fewer people to be willing to pay those sorts of premiums all the time.

“They have to make their money somewhere,” Domino’s Pizza CFO Stuart Levy said in February. “Customers over time are going to start looking at the free delivery that cost them $15 to get $12 worth of food when they start digging in to look at service fees and service charges. So we’re just not sure how all it plays out.”

It’s worth noting that the pizza chain is preparing for what it expects to be headwinds in its delivery business while expecting more carryout customers—though they also note these are two different markets.

Many observers believe that growth in delivery will slow if not stop. Indeed, DoorDash itself said that it expects a “reversion toward pre-COVID behavior within the customer base.”

This obviously has implications for the third-party delivery companies that have struggled to generate a profit even with business having tripled last year. In theory, these companies should be able to keep a lot of this business and keep adding more of it post-pandemic because they were growing before quarantine, unlike pizza delivery which was basically saturated.

Yet customers notice price, and it’s certainly conceivable that this pushes customers away once things normalize. And if that happens, then delivery providers could be forced into another round of price competition in a bid to get them back and offset some of the higher menu prices. That may already be on its way, as my colleague Joe Guszkowski noted recently when he wrote about the likely price plans at Grubhub once Just Eat Takeaway completes its purchase.