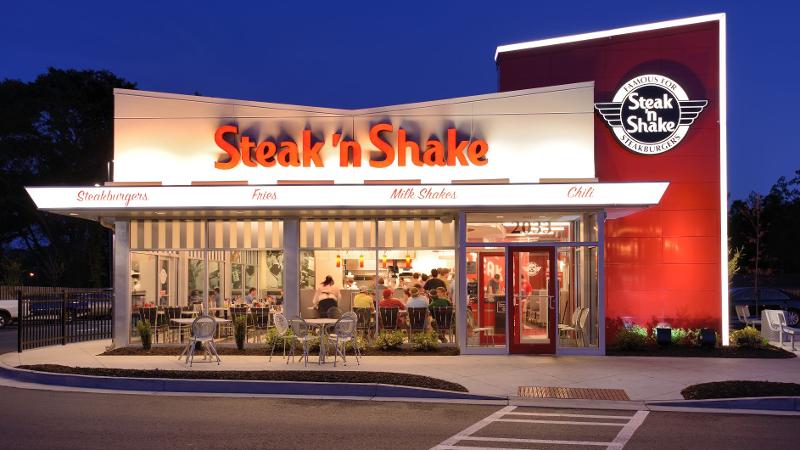 Sardar Biglari pulled a rabbit out of his hat last month and kept the chain on which he built his reputation from falling into bankruptcy.

His explanation for opting to pay off Steak ‘n Shake’s $153 million in debt was both simple and common sense. “From 2009 through 2020, Steak ‘n Shake sent nearly $300 million of cash to Biglari Holdings, which fueled the holding company’s growth,” Biglari said.

Indeed, Biglari had little choice. Fortress Investment Group bought up the company’s debt and was driving a hard bargain and maneuvering to take the company over in bankruptcy.

That would have been a terrible result for Biglari, who would have lost Steak ‘n Shake without being able to implement his turnaround strategy. Steak ‘n Shake holds a lot of what investors consider to be unrealized value, largely through its real estate. A bankruptcy filing would have removed from Biglari Holdings a major source of its future potential.

As a reminder, Steak ‘n Shake was struggling in 2008. Biglari engineered an aggressive discounting program that resonated with the company’s customer base, which was budget conscious coming out of the recession. Sales were strong for the next seven years.

Biglari relives that accomplishment like it was his high-school football glory days. He mentions that turnaround in every shareholder letter like it’s clockwork, using the same, tired “losing $100,000 per day” trope.

“When the fiscal year ended in September 2008, we had 423 company-operated units but their dismal performance caused the company to hemorrhage losses of $100,000 per day that fall,” he said. “We turned the business around swiftly, which resulted in earnings of $100,000 per day a year later.”

But 2008 was 13 years ago. Burger chains have been created and grew to generate more revenues than Steak ‘n Shake over that same period.

Steak ‘n Shake’s sales and profits have been a problem for four years, including a $4.6 million operating loss in 2020, according to Biglari’s letter. The chain as a whole has 70 fewer units than it did two years ago, thanks to the closure of 19 franchised units and 51 permanently closed company restaurants. A number of locations also remain temporarily closed.

That weak performance has hurt Biglari’s credibility, as it did last year when he tried and failed to get a representative on the board at Cracker Barrel.

“We consider the deterioration of Steak ‘n Shake, a brand that once held a storied place in American restaurant history, to be a cautionary tale of poor capital allocation, underinvestment, lack of strategic vision, subpar leadership, and lost brand identity,” Cracker Barrel CEO Sandra Cochran wrote in a letter last year.

Cracker Barrel was Biglari’s other big win. His investments into the family dining chain, totaling $245.5 million, has become $963.5 million in value.

Cracker Barrel has done great over the past decade under Cochran, who has proven to be one of the best chief executives in the industry. But Biglari might have generated a similar return investing in any number of casual dining companies over that time, such as, say, Darden Restaurants or Texas Roadhouse.

But Big was clearly hoping for seats on the Cracker Barrel board, which he did not get, and still cannot get, largely because of his reputation.

Biglari has a poor corporate governance track record. He has exerted complete control by using company money to buy shares through his hedge fund that he doesn’t retire and votes as if he bought them himself, meaning he basically does what he wants. That has kept his stock lower than the value of the company’s holdings—the value of its Cracker Barrel stock is worth about $314 million right now and Biglari Holdings has $316 million worth of property assets, not to mention an insurance company and an oil company and a men’s skin magazine.

Biglari Holdings’ market cap is currently $361 million. While the company’s shares are up today, he is far off from the “Baby Buffett” he was made out to be more than a decade ago.

Thus, the company needs to fix Steak ‘n Shake. It is planning to do this by selling stores to franchisees, including operating partners who share in the profits. It is also shifting from a full-service model with a drive-thru to a complete counter-service business.

That’s a bigger risk than I even thought, because Steak ‘n Shake plans to use kiosks as the primary ordering vehicle inside its restaurants, theorizing that doing so will hold down labor costs. (Steak ‘n Shake had 38% labor costs before the pandemic and 29% since; Biglari wants to keep to that 29% after in-restaurant dining restarts.)

Success by replacing wait staff with machines is, well, not a given. Most of the operators of restaurants that have kiosks at the moment don’t consider it a labor-saving device. Also, customers take a long time to grow accustomed to such devices, and that is especially true for a Midwestern chain like Steak ‘n Shake.

Then again, they’ve grown more tech-savvy during the pandemic. And none of the other chains that use kiosks were full-service restaurants.

If the strategy works, Biglari will have that win he really needs to get back into Wall Street’s good graces. And it will give us something else to read about in his annual letter besides a 13-year-old turnaround.