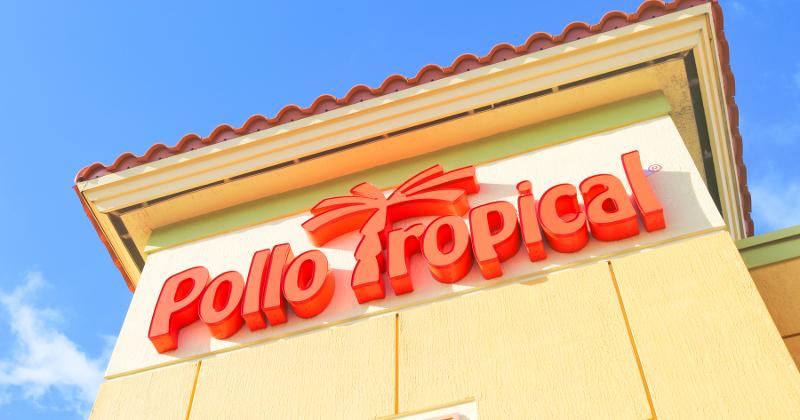 After selling off Taco Cabana several months ago and using the proceeds to pay down nearly $77 million in debt, Fiesta Restaurant Group’s balance sheet is promising. But a major labor shortage during the third quarter pummeled margins and same-store sales.

The operator of the 169-unit Pollo Tropical fast-casual chain said its same-store sales were up 0.9% over Q3 2019, or a 13.8% increase over last year. But in restaurants that were adequately staffed, same-store sales rose 4.3% over pre-pandemic numbers, executives told analysts late Thursday.

“We fully expect margins will improve over the remainder of 2021 and into 2022,” Fiesta President and CEO Richard Stockinger said during the earnings call.

Restaurant-level EBITDA was 14.8% of Pollo Tropical sales during Q3, compared to 21.2% during the period last year. The chain said it expects to see margins return to the 18% to 20% range during the first half of next year.

The chain said it intends to raise menu prices 4% to 6% during Q4 to compensate for those higher labor costs.

As of today, all of Pollo Tropical’s markets are adequately staffed, save for the Miami-Dade area. Extra hiring incentives have been added in that area to boost the employee numbers.

Pollo Tropical said it would be launching curbside pickup at 77 restaurants that are fully staffed, as well as contactless, QR code-based order and pay, as another alternative to the drive-thru.

In July, Fiesta Restaurant Group said it would sell its 148-unit Taco Cabana chain to Yadav Enterprises, the largest franchisee of Jack in the Box and TGI Fridays, for $85 million. That deal, with the goal of creating a more efficient business for Fiesta, was finalized in August.