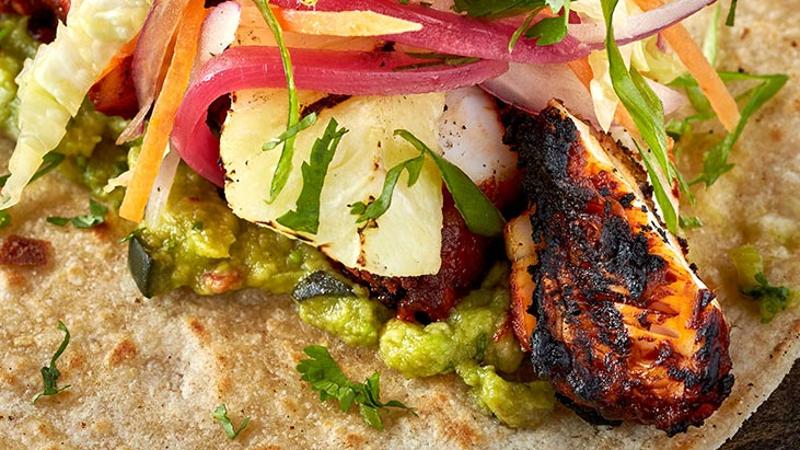 Sin will be in in 2017. Consumers seem to be exorcising the fat demons that have plagued the industry over the past several decades; and it’s not just olive oil and avocado being seen as acceptable fats. With the move toward a more “natural” definition of health, diners are warming in their reception to animal fats, suggest the trends Technomic and Restaurant Business predict for next year (for the full list, see Page 17).

Menu creators are already responding to the shift. While cooking with fat isn’t a new revelation, operators are now touting all the butter-basting, duck fat-poaching and lard-frying they’re doing. Here’s a look at how it’s being brought to the forefront.

Swap in for oil

At Washington, D.C., steakhouse Del Campo, chef-owner Victor Albisu gets thrifty by reserving whatever fat is streaming off the grill—“be it smoky beefiness or pork.” He infuses the drippings with rosemary and garlic, then brushes them on steaks and chops for a crustier sear and meatier flavor, or uses them in place of oil in an aioli that he serves with burnt potatoes, he says.

Charcuterie-focused restaurant Cured in San Antonio also swaps in a fat it already has instead of using an additional ingredient. “It’s important to us to utilize and make money using everything from the head to the liver to the fat, so we can extend that dollar further down the animal,” says chef-owner Steve McHugh. One of the hardest whole-animal butchery byproducts to use up? All the tallow that comes with a 1,200-pound steer, he says.

McHugh swaps out the typical lard for beef tallow in his tortilla recipe. His favorite use for tallow, though, is cold smoking it at 80 degrees before rendering it. It can then be plugged in anywhere olive oil would be used.

He also jars and sells the tallow at Cured. Admittedly, however, he says it doesn’t exactly move like marmalade.

Stephen Barber, executive chef of Farmstead in St. Helena, Calif., takes a page from the vinegar-making process in his approach to prepping the restaurant’s Tuesday night fried chicken, which he shallow-fries in lard.

“We keep lard almost like you would a vinegar mother, and keep adding to it after every batch we make,” he says. Some of the drippings are reserved to make gravy, but the rest go back into the lard mother, resulting in a “continuity of chicken-flavored lard.” To prevent food safety issues, the lard is kept refrigerated and changed out periodically.

Animal fat isn’t just for savory applications. Barber swaps butter for lard in his bourbon caramel beignets. And Pastry Chef Cece Campise of Spiaggia in Chicago recently worked bacon fat into a mincemeat with dates, figs and Middle Eastern spices this fall. She paired it with almond cake and candied orange peel in a pool of bacon-fat creme anglaise.