Inflation, simplicity and familiarity are the key drivers behind menu development around the world, just as they are in the U.S.

But along with these overarching themes, a number of more-specific trends are emerging this spring. Here are some of the flavors, ingredients, formats and techniques spotlighted on chain menus in every corner of the globe.

Cajun cuisine is American born and bred, but its flavors are making their way to other countries. In Japan, A&W is menuing a Louisiana Cajun BBQ Burger with crispy potatoes and Cajun barbecue sauce, while Chili’s in the Philippines offers Salsa Bacon Pasta. For this dish, penne pasta is tossed with a spicy cream sauce and topped with Cajun spice, pico de gallo and cilantro. Fiery flavor profiles are a universal craving.

Peanut butter is the ultimate American comfort food, but operators far and wide seem to agree. Burger King in South Korea offers a Peanut Butter Stacker—two beef patties or one chicken and one beef, topped with a creamy peanut butter sauce—served with peanut butter fries on the side. Plant-based ice cream isgaining a foothold across the globe, now that plant-based milks are mainstream. McDonald’s customers in Germany can now get a McFlurry or McSundae with vegan chocolate ice cream as a base. In Argentina, gelato specialist Freddo’s Ice Cream is offering three plant-based flavors of NotGelato: Peanut butter, chocolate with passion fruit and raspberry mousse.

Tacos are taking on new carriers, fillings and garnishes. Tutti Pizza in France bakes pizza dough into a taco shell shape and folds it around a variety of fillings, promoting it as a “tutti walkie” or street taco. The Jacked Taco at Spades Burger in Malaysia fills a folded breaded pork cutlet with pulled pork, cheese sauce and house-made salsa.

Breakfast sandwiches wake up to new combos as portability and delivery continue to be in demand. Burger King in the United Arab Republic does traditional egg sandwiches, as well as Middle Eastern-accented versions filled with halloumi cheese or falafel. Double Down Hash Brown Toast at Bask Bear Coffee in Malaysia contains a slice of chicken, egg and cheese inside a hash brown carrier. 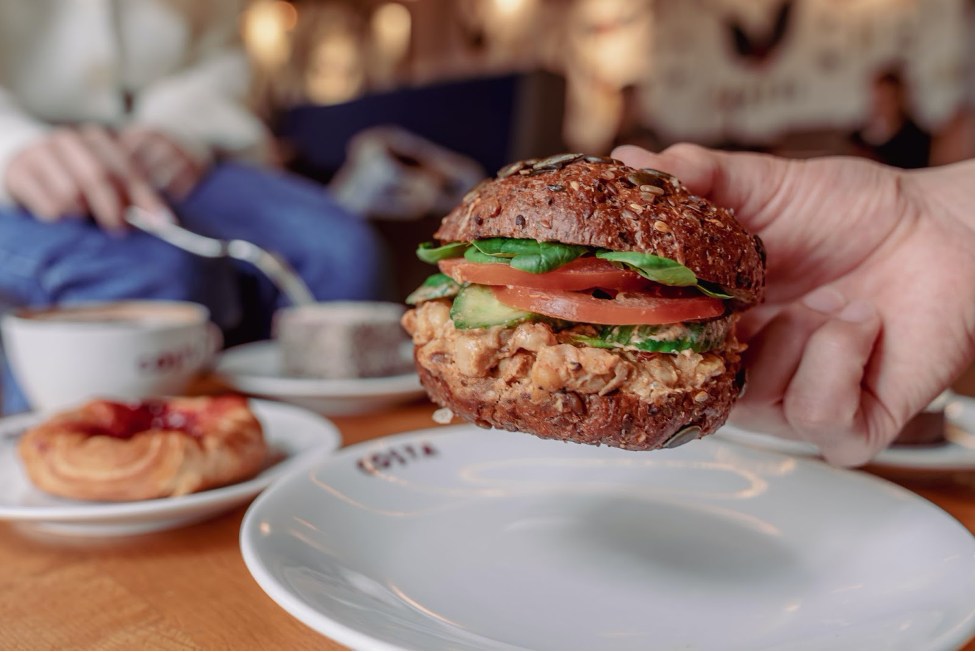 Contingency sides are trending on menus to combat supply chain shortages for french fries and other popular go-alongs. Chains in Asia are leading the charge, with KFC in Malaysia offering breaded cauliflower poppers while Popeyes uses mac and cheese as a topper for a fried chicken sandwich in Singapore.

And no surprise—rice plays a major role in Japan, with Domino’s new line of Pizza Rice Bowls. These feature various pizza toppings served over melted mozzarella and buttered rice.