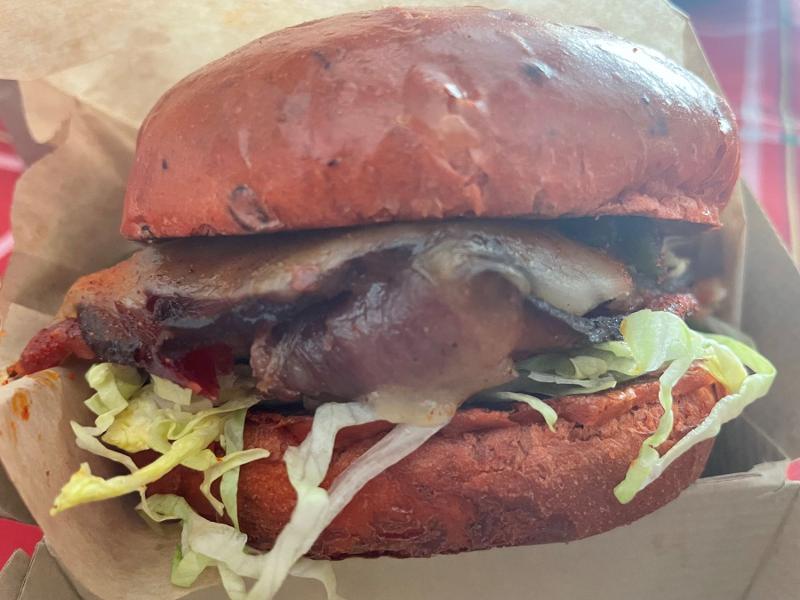 Arby’s says its new sandwiches are so spicy that it is providing a free vanilla shake to cool customers down.

The company is releasing its Diablo Dare, actually a pair of sandwiches that have been spiced up with a combination of sauces and peppers along with spicier cheese and buns.

There is a smoked brisket version and a crispy chicken version.

“This is not a sandwich for the faint of heart,” Patrick Schwing, Arby’s chief marketing officer, said in a statement. “Everyone in QSR says they have a spicy option, but our research tells us that consumers are disappointed by fast food claims of spicy. We took that as a challenge by making sure all types of spicy, the hot, the numbing and the lingering, are combined to make the Diablo Dare a true test of how much heat you can handle.”

The sandwich is available starting Monday through Feb. 6 at participating locations for 5.99.

The introduction comes as spicier versions have taken greater hold at fast-food restaurants. Most chains that introduced new chicken sandwiches, for instance, typically released a hot version at the same time. In general, Americans' taste palette has grown spicier in recent years.

At least part of the reason for this is social media, as Americans film themselves trying spicy foods or taking spicy foods challenges. Arby’s is trying one of its own on TikTok, called the “Diablo Dare Hashtag Challenge.” Starting Jan. 18, customers can use a branded effect filter to show their followers how much of the Diablo Dare sandwich they can take before reaching for the shake.