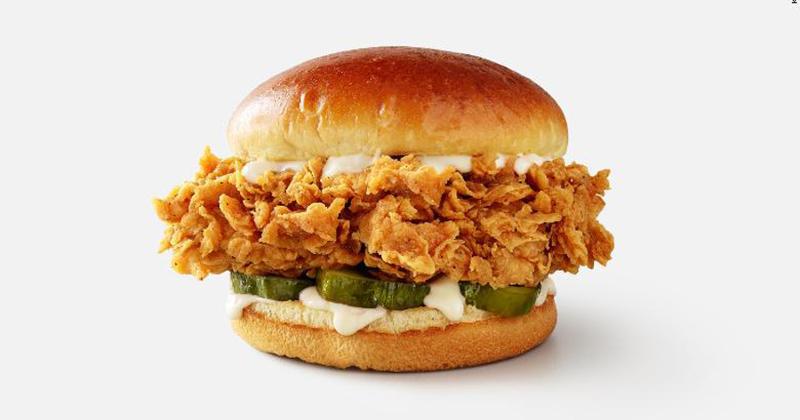 Chicken sandwiches have long been a core menu item at QSRs, but Popeyes Louisiana Kitchen infused new life into the category when it launched its new LTO last August. Long lines of customers waited to try the sandwich and within two weeks, suppliers ran out of product. When Popeyes brought the sandwich back in November, U.S. same store sales surged 38% in the fourth quarter of 2019. Even when the coronavirus flattened business in mid-March, Popeyes reported first-quarter same store sales growth of 29.2%.

Is it time for Popeyes to declare victory in the sandwich wars?

Not so fast, says Ethan Chernofsky, VP of Marketing for Placer.ai, a foot traffic analytics firm.

“While Popeyes has seen a tremendous surge, Chick-fil-A’s overall lead is significant. At no point has Popeyes come within the 2 million visits of Chick-fil-A,” Chernofsky says. Now the Colonel is entering the battle with the new KFC Chicken Sandwich.

KFC’s upgraded sandwich features a double-breaded extra-crispy chicken filet that is 20% bigger than the chain’s Crispy Colonel sandwich, a menu mainstay. “When we looked at our current sandwich, it wasn’t the one to beat, and we weren’t okay with that,” says CMO Andrea Zahumensky. “We also created a new buttery brioche bun designed to work specifically with this filet, and then we have thicker, crispier, more gourmet pickles that cut through the richness of the sandwich.” The sandwich is finished off with mayo and available in both a regular and spicy version.

The KFC Chicken Sandwich was in the works since mid-2019, but the pandemic paused development and launch, says Zahumensky. During the R&D process, “we tested pickles with eight variations of thickness and brines before we landed on our pickle. And for our brioche bun, we collaborated with six different bakeries and tested more than 10 formula revisions to find the right one to hug the bigger,crispy chicken filet just the right way,” she says.

At the end of May, the sandwich rolled out in test in the Orlando market and “we were very encouraged by the consumer feedback,” Zahumensky says. “We are in the process of evaluating feedback, sales impact and input from our team members from this initial test, and will use this analysis to align with our franchisee leadership on how to proceed.”

Chernofsky believes if KFC nails this chicken sandwich, it can pull ahead in the battle. “KFC was outperforming Popeyes in overall visits until [the latter launched] the chicken sandwich,” he says. “When Popeyes ran out [of sandwiches], KFC regained momentum. Should the launch of the new sandwich drive even some degree of lift for KFC, it could create a more fierce level of competition with Popeyes.”

Make way for the smaller guys (and one giant)

Meanwhile, Popeyes created so much buzz around a fried chicken sandwich that it elicited consumer cravings and boosted overall demand. Once Popeyes' supply ran out, customers sought out the item at Chick-fil-A and other restaurants, says Chernofsky. “It’s hard to see something that successful and say ‘Why don’t I try this too?’” he says.

Plus, the timing couldn’t be better to bring on more crispy fried chicken sandwiches, with a continuing strong demand for comfort foods as the coronavirus crisis drags on. 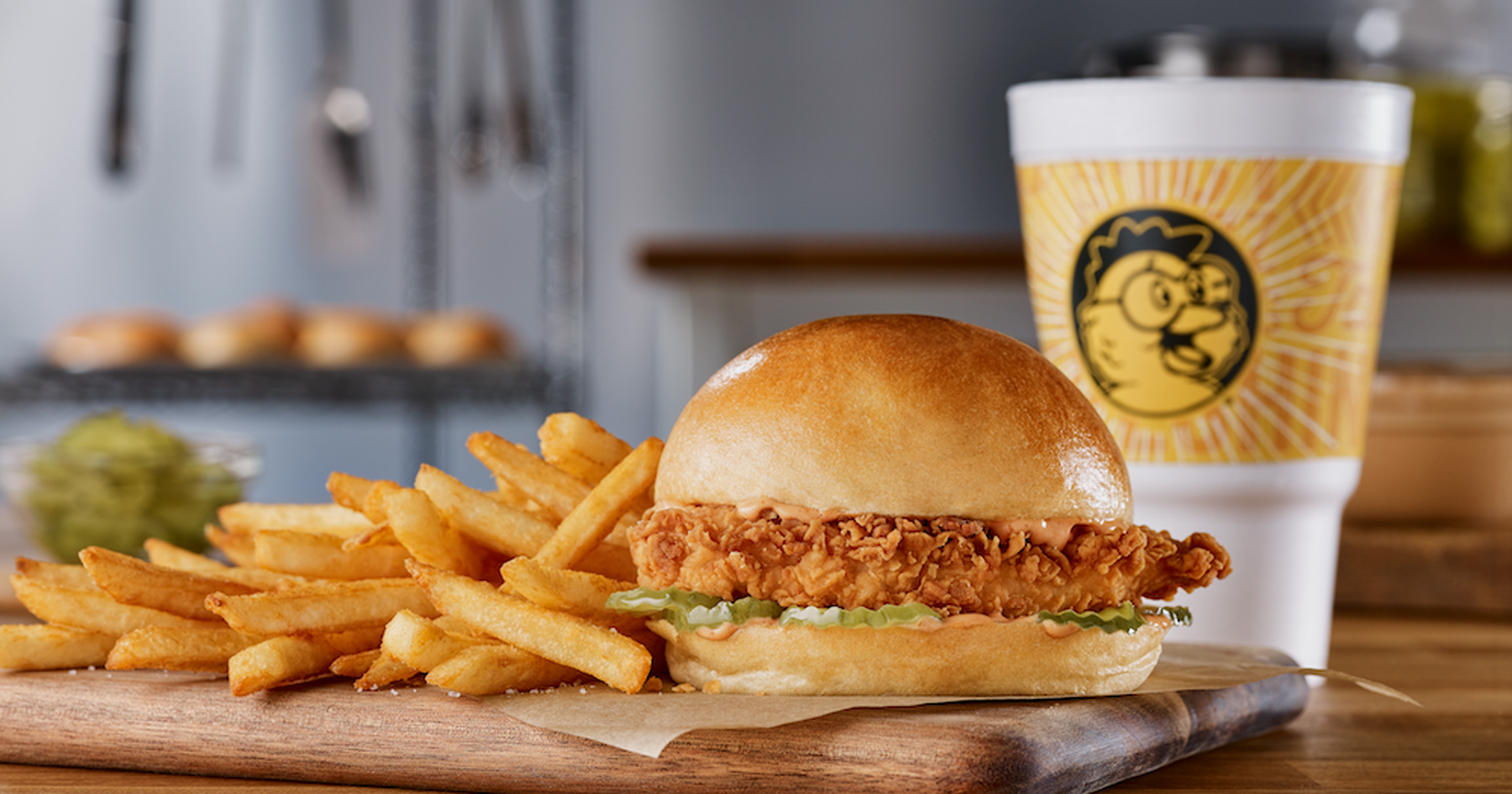 Smaller chains are getting a piece of the action, too. Golden Chick, a 190-unit concept based in Texas, launched its Big & Golden Chicken Sandwich systemwide at the end of May, “as we had a real gap in the menu as a fried chicken concept and saw how all the buzz around chicken sandwiches was driving sales and traffic at QSRs,” says corporate chef J. Sullivan. Golden Chick differentiates its sandwich by starting with the bun. It’s crafted from the same dough used for the chain’s housemade yeast rolls and the buns are baked daily at each location. The chicken filet is brined for extra juiciness before it’s fried, and the sandwich is finished off with pickles and signature Zing sauce.

Like Golden Chick, operators are trying to replicate Popeyes' success but not its exact sandwich, so differentiation is key. Big Boy, a 74-unit chain out of Michigan, already had a couple of chicken sandwiches on its menu, but saw the opportunity for a more-premium product. The first week in July it launched The Dolly, an LTO named after the comic book character in the Adventures of Big Boy series. Dolly has been part of the Big Boy family since the 1950s, says spokesperson Altinia Kandrevas.

The Dolly is a larger, “beyond the bun” sandwich, says Kandrevas, featuring a five-ounce chicken breast fillet, coated in the restaurant’s housemade breading and fried, then layered on a brioche bun with pickles and Big Boy tartar sauce. “Big Boy is all about comfort and memories so this fits with our brand,” she says. Kandrevas added that the chain may have a spicy version rolling out soon. 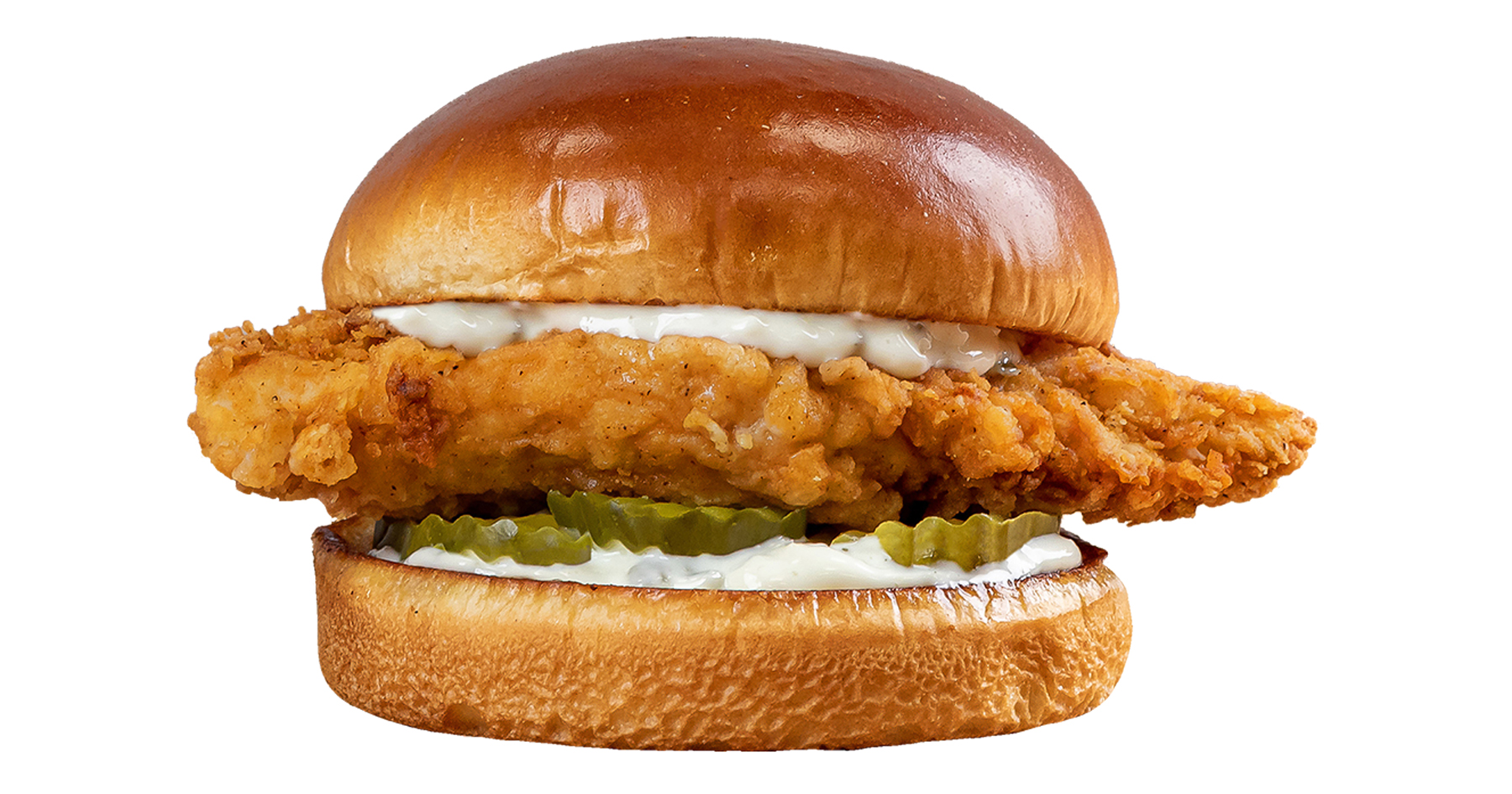 Another recent player to join the ranks is Fatburger and its co-branded concept, Buffalo’s Express. The King’s Hawaiian Crispy Chicken Sandwich, actually a relaunch that’s been elevated with a new carrier, is composed of hand-breaded crispy chicken, fried avocado slices, Buffalo’s medium sauce and pickles on a King’s Hawaiian bun.

“There’s been a lot of talk about chicken sandwiches and with the launch of our King’s Hawaiian Crispy Chicken Sandwich, we’ll let our customers judge who has the tastiest crispy chicken sandwich,” Andy Wiederhorn, CEO of FAT Brands, said in a statement.

And McDonald’s is rallying its troops. The mega-chain completed a test of its Crispy Chicken Sandwich in Houston and Knoxvile in January. McD’s sandwich features a fried chicken filet served on a buttery potato roll, topped with butter and pickles. Customers can add tomatoes, lettuce and mayo for a deluxe version.

Even Curry Up Now, a fast casual with an Indian-accented menu, jumped on the bandwagon with its version on July 6, in honor of National Fried Chicken day. The Tandoori Fried Chicken Sandwich features crisp-fried tandoori-marinated chicken topped with Bombay-dust aioli, pickled onions and a chutney made with curry leaves, pineapple and jalapeno on a brioche bun. It’s now on the permanent menu at Curry Up Now.

And the chicken sandwich wars continue to escalate. Next up may be a new contender from the chain that started all the buzz. The website Chew Boom reported that Popeyes has been test marketing the BBQ Bacon Cheddar Chicken Sandwich in the Denver area. It is similar to Popeyes' original blockbuster, with the addition of cheese, bacon and barbecue sauce.

There’s no indication that chicken sandwich-mania will end anytime soon. The menu item is not only craveable and widely appealing, it comes in at a low price point for a premium offering in a limited-service restaurant. The sandwiches run from $3.99 to $6.99.

“Even as we begin to recover from COVID-19, economic uncertainty will still be with us,” says Chernofsky. “Fast food is going to keep its appeal and a lot of brands will do well in the next six months to a year,” he predicts.