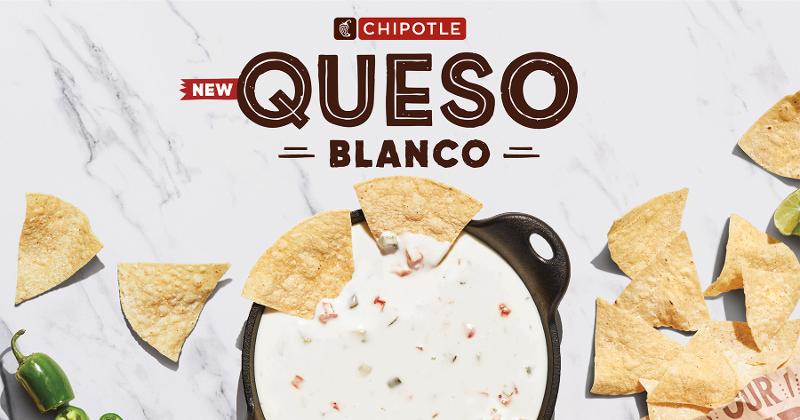 Chipotle Mexican Grill will debut its new white queso systemwide Thursday, replacing a cheese sauce that has been widely panned since its launch in 2017.

The new Queso Blanco has a base of Monterey Jack cheese, as opposed to the previous iteration that was largely cheddar. The revamped recipe was tested at stores in Dallas, Detroit and San Diego last summer, part of the company’s “stage gate” innovation process.

“Here’s the thing with this recipe: We’ve really dialed in the age of the cheese,” Nevielle Panthaky, Chipotle’s vice president of culinary and menu development, told Restaurant Business. “One of the things we are really focused on is the smooth, creamy nature of queso. What we’ve done is worked with the recipe. We’ve tweaked some of the ingredients. This one has more cream and a nice creamy texture.”

The new Queso Blanco has 13 ingredients, including Monterey Jack and white cheddar, as well as serrano, poblano and chipotle peppers. The item, which has no preservatives or artificial colors, is made from dairy products from Wisconsin farmers that meet the fast-casual chain’s strict “food with integrity” standards.

“Queso is such a beloved product across the nation, and it’s very regional in some cases,” Panthaky said.

Replacing the queso will have little impact on the chain’s back-of-house operations, he said.

“The most important thing for us as an organization is we continue to coach all of our crew members that the line is the moment of truth,” he said. “It’s about explaining to the guest if they have questions, giving them a little sample to taste. At the end of the day, this was a turnkey proposition for the operators.”

The Newport Beach, Calif.-based chain’s previous queso was criticized by many for having a grainy texture that was prone to congeal. A few months after launching the first queso in 2017, Chipotle tinkered with its recipe to create a product that would hold up better over time.

“A natural queso that has no preservatives is a temperamental recipe,” he said. “You want to make sure anytime you serve queso, you don’t want to overheat it. Our food is so fresh, it’s best when it’s served fresh.”