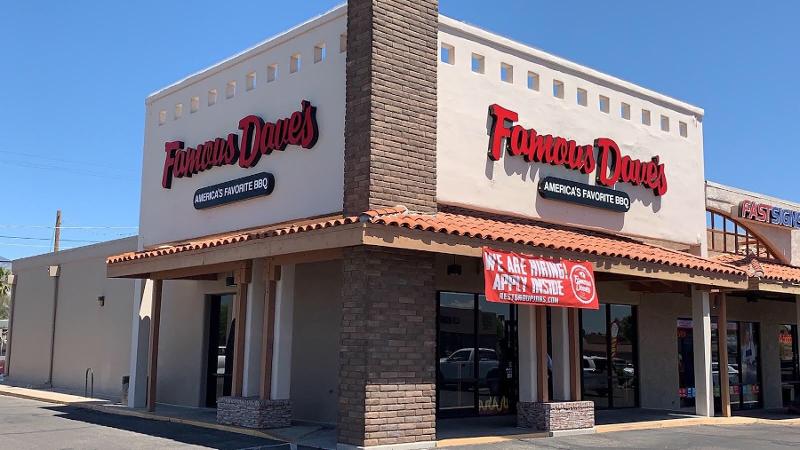 In one of the more ambitious experiments with faux-meat products, ribs and barbecue specialist Famous Dave’s has started testing a line of plant-based entrees.

The four-item array includes a burger, a bowl, nachos and tacos. All feature beef-like vegetable proteins from Beyond Meat, whose brand name is included in the menu descriptions.

The prices range from $5.99 for an order of three Beyond Meat BBQ Street Tacos to $9.99 for the new Tropical Burger, a Beyond Burger topped with grilled pineapple, spicy pickle chips and barbecue sauce. The burger comes with a choice of side.

The test begins today in 13 stores, mostly within the chain’s home state of Minnesota, according to the announcement.

The move is the latest effort by Famous Dave’s to expand its customer base. One of the challenges for rib and barbecue chains is increasing visits even by regular guests. Frequency tends to be lower than it is for brands specializing in other sorts of products.

Last week, the parent of the barbecue chain changed its name in anticipation of adding a second concept next month, a venture called Clark Crew BBQ, named after barbecue-circuit superstar Travis Clark. The company is also experimenting with fast-casual riffs on the Famous Dave’s brand.

The Famous Dave’s test is another example of plant-based proteins’ rapid penetration of meat-focused menus. Yesterday, The Hummus & Pita Co. announced that it will add a vegan shawarma, a version of the ground meat specialty made exclusively from plant products.