Food trucks fill the streets and parking lots of New York, San Francisco, Chicago, Austin and Portland, Ore. Los Angeles alone counts 9,000 food trucks and carts, including branded vehicles from California Pizza Kitchen and Carl’s Jr. Yet when Ray Villaman, moderator of a trucks panel at the Restaurant Leadership Conference, asked who in the audience has or plans to launch a food truck, only a few hands were raised. 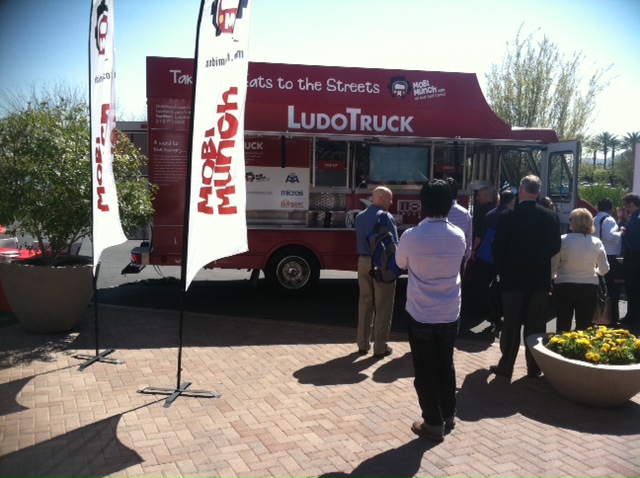 That’s about to change, said Villamin, president of Mobi Munch, a company that sells and rents fully equipped, branded food trucks. “While indies started the movement, in the next 24 months about 10 percent of the top 200 chains will have food trucks on the road.”

The Menu: A food truck is a quick-service environment and it’s critical to make sure the food gets out hot and gets out quickly, said Noveshen, who operates Chairman Bao, an Asian-themed truck. It’s more about assembling orders; through-put should be about 60 seconds. “A long through-put leads to long lines, which can attract customers. But the truck will lose in volume,” he pointed out.

If your truck is an extension of your brand, take the most popular items from your menu and execute them well, added Cuomo. Cohn’s truck menus often feature items he’s “trying out” for his group of San Diego restaurants.

The Chairman Bao truck also has two POS systems and prices are rounded out to save time making change. Cohn employs a food truck manager for his two trucks; that person also manages the Twitter accounts.

Branding: Cohn’s trucks are moving billboards that promote his brick-and-mortar restaurants, the San Diego operator explained. “I’d say they’re 50 percent marketing, 50 percent commerce, so we had fun with the branding.”

“We made sure the branding was similar to the CPK look—both in design and in the food we offered,” said Cuomo.

Locations: “We park at a different location everyday for Monday through Friday lunch. Other times, we participate in film festivals, shows and mobile truck events,” noted Noveshen. He referred to San Francisco’s “Off the Grid” as an example.

“Trucks can also activate public spaces, such as parking lots, in underserved neighborhoods,” said Geller. At times, trucks are asked to pay a fee to park, but such a “truck mecca” draws in customers. “Trucks are an evolution of food courts—people graze from one to the other,” added Cohn. “Look for opportunities in many places.” His trucks have parked at cruise ship terminals, car shows and festivals.

Catering: Parties can be a good revenue source for food trucks and charity events a great way to get exposure. “We used to focus on corporate and private events, but now we’re looking at public events as well,” said Cuomo. “Pull up a food truck and you’re immediately the center of attention,” added Cohn.

Legalities: Some cities are friendlier to food trucks than others. You have to know the code in each municipality—it can even vary within one city. Geller started the Mobile Food Vendors Association a year ago to empower trucks on the road and now does a lot of work with city codes. He has had some success in abolishing neighborhood prohibitions on food trucks and overturning time limit laws for parking. He advises vendors to check out both health codes and zoning and parking ordinances.