Matt McMillin’s job at Cooper’s Hawk is keeping the menu current, but he prefers to think of himself as a storyteller.

“We look to tell stories in every aspect of the menu,” said McMillin, executive chef at Cooper’s Hawk Winery & Restaurants. Thus, good food and good ingredients are some of the core principles at the heart of the scratch-made, “modern casual” menu at the restaurant/winery chain, which recently opened its 39th location. 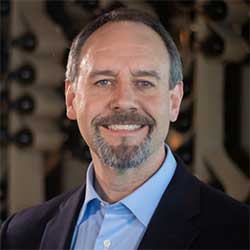 McMillin, whose interest in cooking began as child while helping his grandmother in their home kitchen, joined Cooper’s Hawk in 2010 when it had just four locations and worked systematically with founder and CEO Tim McEnery to craft a unique menu using high-quality ingredients.

“There are creative dishes that make an impact,” said McMillin, but switching to higher-quality ingredients throughout the kitchen “has a broader impact because it affects almost every dish.”

As he developed the menu for Cooper’s Hawk, McMillin sought to upgrade the recipes and the ingredient quality. He worked section by section, starting with the pasta offerings and working his way through the menu, adding new dishes and even creating new sections—an entire section dedicated to risotto has been added, for example—over time. “I systematically taught Tim about the use of great ingredients and why that is a recipe for building a lasting business,” said McMillin.

Generally, the company seeks to focus on familiar items “with a little bit of a twist to them,” he explained, noting that Cooper’s Hawk recipes generously incorporate both Asian and Latin flavors. For example, one menu item that exhibits both Asian and Latin influence is Asian Pork Belly Tostadas, with scallions, sesame seeds, cilantro, radish, and sweet chili barbecue sauce. 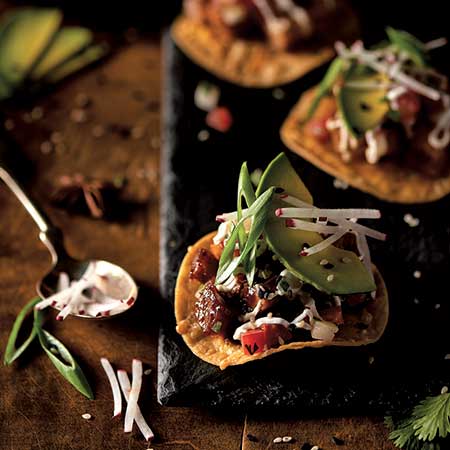 Cooper’s Hawk typically rolls out a new menu every spring, with about eight to 10 new dishes.

The company’s wine portfolio, of course, is a key aspect of its identity. Cooper’s Hawk’s own winery produces about 700,000 cases of wine per year, using only the finest grapes and fruit available. The company’s winemaker is selective, and only buys fruit from areas where seasonal conditions have resulted in the year’s best varietals. Since opening in 2005, Cooper’s Hawk has received more than 500 wine awards from various local, national and international competitions.

“The wine definitely influences the menu, and vice versa,” said McMillan. “We pair our wines with all of our dishes. We also use our wine in our cooking—the winery produces special white and red blends just for the restaurants that we ship around the country.”

Another signature feature of the menu is the Life Balance section, which offers better-for-you options that incorporate the same high-quality ingredients as the rest of the menu.

One item on the Life Balance menu is a Turkey Burger. The size of the burger itself is simply smaller than the one on the regular menu, but it still features the same juicy blend of ground turkey meat with herbs, lemon and a seasoned mayonnaise.

Whatever McMillin creates for the expansive Cooper’s Hawk menu—from burgers and sandwiches to handcrafted risotto to steaks and seafood—rest assured that high-quality ingredients will be the foundation for every dish.

For more ideas and inspiration around making turkey a part of your menu, visit www.butterball.com.