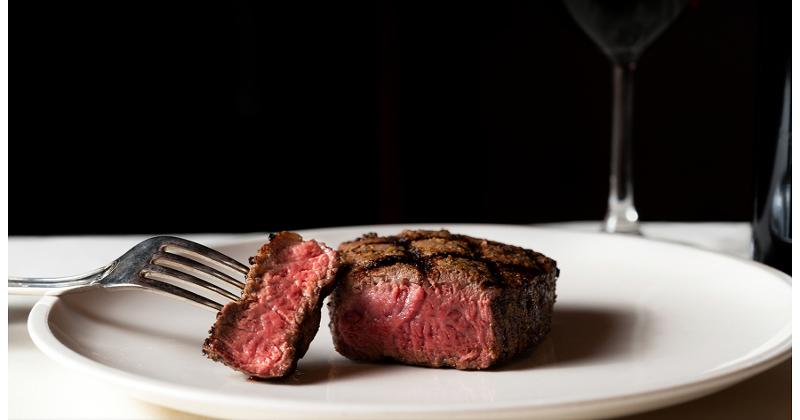 Ever since The Publick House reopened for indoor dining earlier this year, Executive Chef Nick DeRosa is paying 12% to 15% more for meat than he was pre-pandemic. “Sometimes, the wholesale price can skyrocket $5 in a week,” said DeRosa. Meat comprises about 45% of the menu at the Mountainside, N.J., gastropub, so high protein prices can seriously impact margins—especially when your dining room is at 50% capacity.

Although the beef and pork supply has almost bounced back after the packing plant closures of last spring, some of the cuts destined for restaurants “have to find their home again” as dining out resumes, said Will Sawyer, lead economist in animal protein at CoBank in Atlanta.

Additionally, feed costs are 25% to 30% higher, the export market is thriving and inflation is rising—a combination that pushes up wholesale meat prices for U.S. operators.

It’s predicted that in the second half of 2021, cattle herds will see some contraction and pig farmers are finding pork exports to be more profitable. With the price picture not likely to improve through 2021, full-service restaurants have to find ways to maximize their meat dollars and improve margins.

DeRosa has several strategies in place at The Publick House. “I’m not locked into a specific protein or cut of meat because I print my menu on a daily basis,” he said. “North American Meats [my supplier] sends out a weekly hot sheet with sales on 10 to 15 items, and I can plan around those, or switch from a ribeye to a strip, if that’s a better buy.” 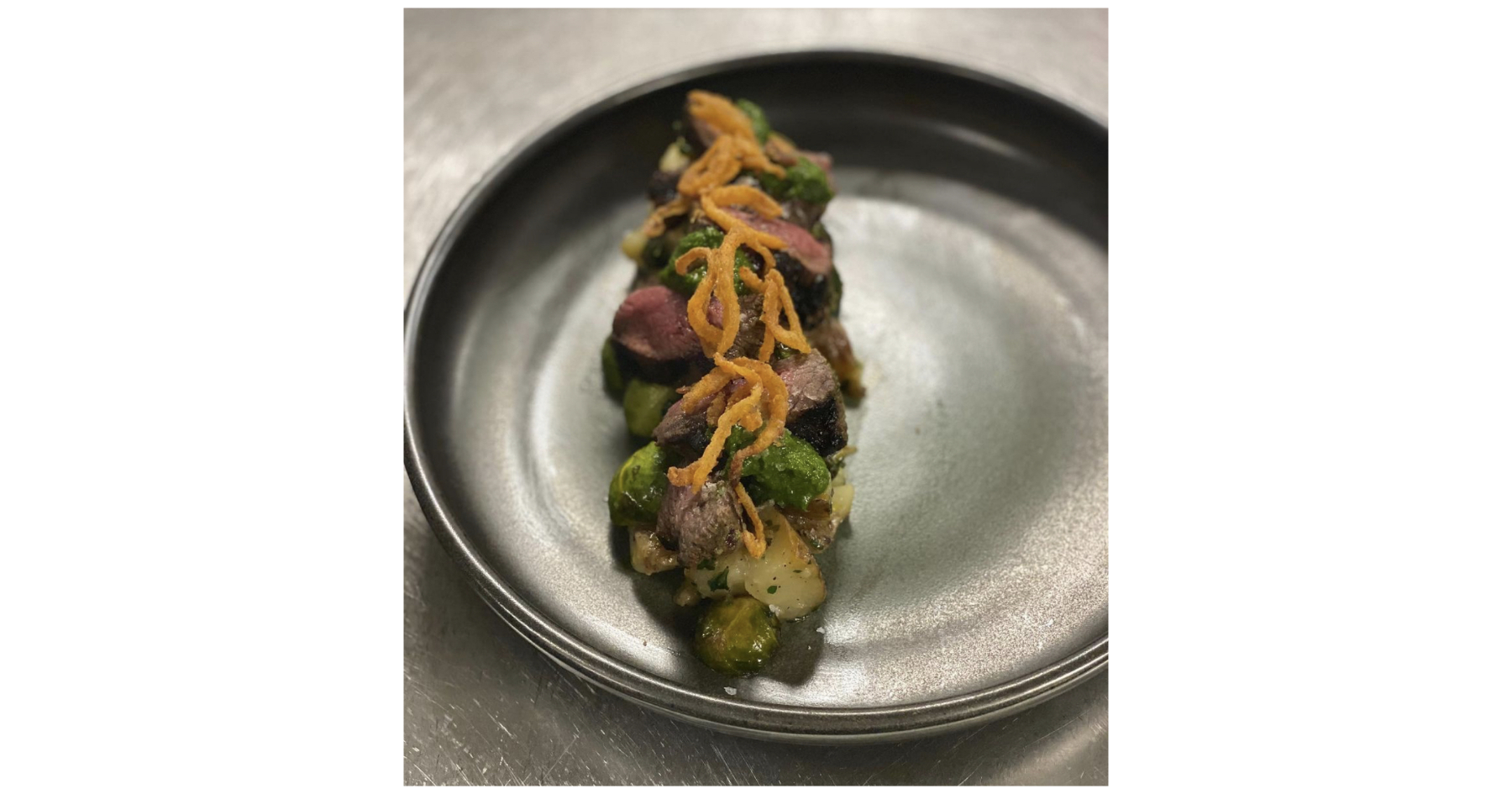 Photo courtesy of The Publick House

Yields are key for DeRosa to keep food costs in his goal range of 24% to 28%. “Ribeyes come in as a roll and I just have to cut them into portions. They’re completely clean with 100% yield,” he said. The steaks are priced on the menu at $32 for a 13-ounce boneless ribeye.

DeRosa also menus less expensive cuts, such as grass-fed hanger steak, which goes for $25, and flat iron ($19 at lunch). “But we give guests lots of value, as I plate the meat as a fully composed dish,” he said.

Lamb necks are now a staple item for DeRosa. “They have 80% yield and are more consistent than the leg of lamb I previously purchased, which was double the price and contained a lot of sinew that had to be cut out,” he said. He braises the necks and pulls the meat off for cost-effective dishes such as shepherd’s pie and gnocchi. 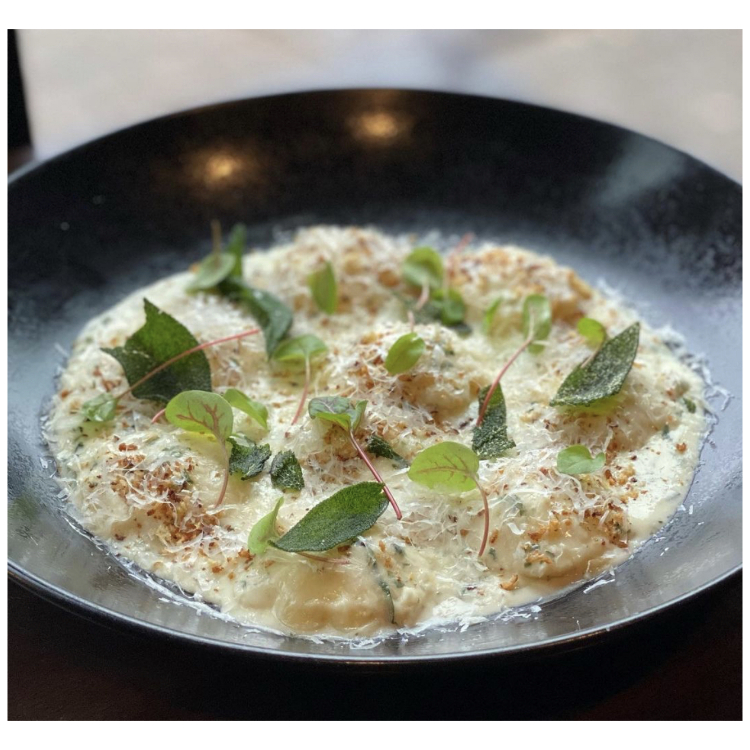 Photo courtesy of The Publick House

And Iberico pork from Spain “always sells at a phenomenal price,” said DeRosa. He cuts it into steaks that are priced around $28 for an entree, and removes the pork collar and grinds it for a pasta sauce.

At the four high-end El Gaucho steakhouses in the Pacific Northwest, the baseball cut from the center of a Certified Angus Beef top sirloin is a best buy for both the restaurant and guests.

“It has enough marbling to be tender, and if you age it four to six weeks, it has tremendous flavor,” said Chad Mackay, CEO of parent company Fire & Vine. On the plate, it looks like filet mignon but is more gently priced. At El Gaucho, the 12-ounce steak is grilled over hardwood charcoal with the restaurant’s signature seasoning and plated with a peppercorn or blue cheese sauce. It’s listed on the dinner menu for $45 compared to the same size filet mignon at $74.

El Gaucho is big enough that it can contract prices with distributors and even packing houses six months ahead, said Mackay. The restaurant group also has the ability to store meat for three months by chilling it to 31 degrees and then aging it, allowing Mackay to buy when the supply is up and prices are lower. “The supply of cattle is not consistent throughout the year, and since our beef is aged, we can store and freeze until it’s ready to age.” 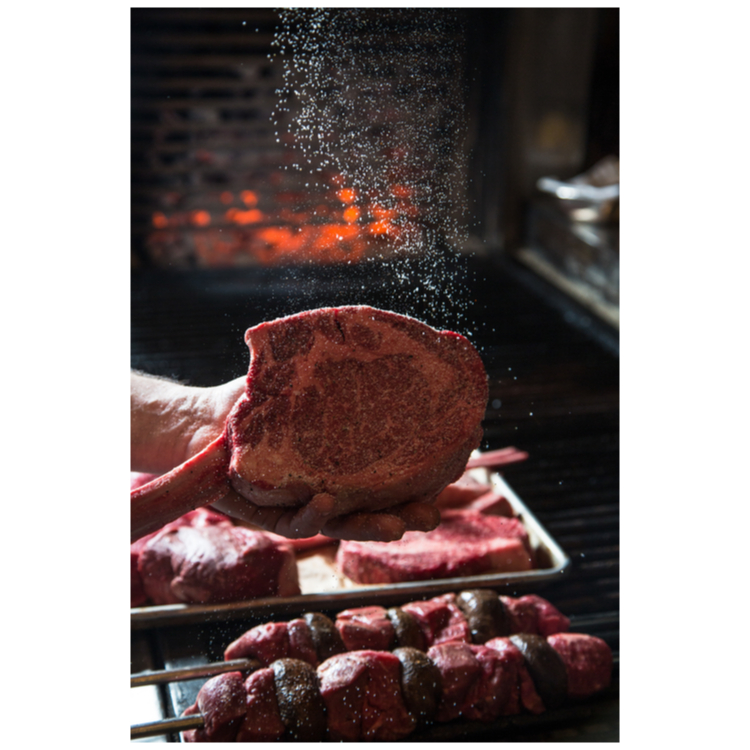 For restaurants without the ability to store and age beef, Mackay recommends using off cuts, such as tenderloin tips. El Gaucho offers these in an appetizer of Tenderloin Diablo featuring sautéed tips with a Cajun cream sauce ($18).

“If a restaurant wants to menu filet mignon, a steak trio may offer more value,” Mackay said. He suggests an entree composed of a 4-ounce sirloin, 4-ounce tenderloin and 4-ounce ribeye, which can go for around $56.

Restaurants with meat-centric menus shouldn’t be afraid of raising prices, Mackay added. “Operators always feel more nervous about raising prices than consumers do. Plus, consumers have more disposable income than they did at the beginning of 2020 and they want to go out,” he said. “My advice has always been: It’s better to raise prices than cut portions. Don’t respond to meat cost increases by decreasing portions.”