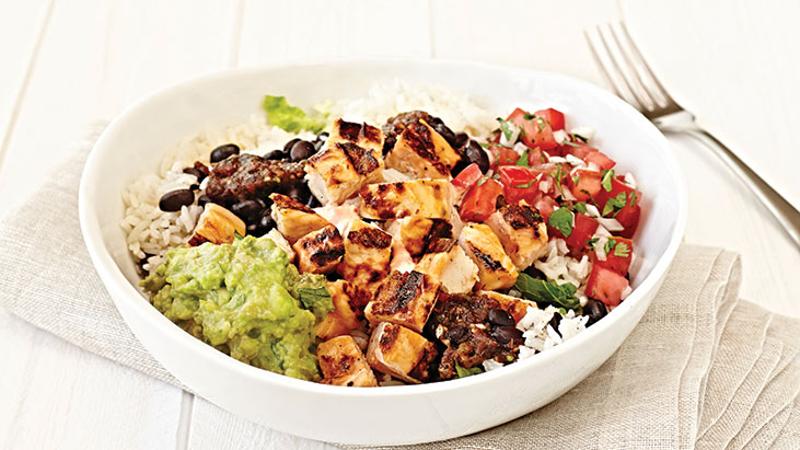 When Rubio’s Fresh Mexican Grill rebranded as Rubio’s Coastal Grill in late 2014, “we sharpened the knife to do more around clean ingredients,” says co-founder Ralph Rubio. The 194-unit chain launched its Made With A Mission commitment to incorporate clean and natural ingredients into the menu wherever possible.

Rubio’s is not alone in its quest for menu transparency. While farm-to-table indies and smaller health-focused chains have pioneered the movement, now some larger and more surprising players are taking up the cause. But as Rubio’s and other national chains are discovering, there can be kinks in the supply chain.

Sourcing antibiotic-free chicken was a top priority for Rubio’s, but with big brands like Chick-fil-A and Subway pledging to make a complete changeover to naturally raised birds, there aren’t enough to go around. “The poultry companies are scrambling to keep up with demand,” says Rubio. “They are starting to catch up, but there’s been a supply issue.” Rubio’s goal was to put antibiotic-free chicken on the menu in 2015, but he had to wait until this year to make it happen, he says. It’s being introduced in the next few months, along with nitrate-free bacon; that required a switch in suppliers. Grass-fed beef, also on the agenda, is still lagging behind in supply, and Rubio’s will have to wait until production catches up.

Other ingredients required convincing suppliers to come along on the journey. Last year, the chain went back to its supplier to remove TBHQ, a synthetic preservative, from canola oil. The company was able to quickly reformulate the oil  “without affecting its flavor or performance,” says Rubio. New packaging introduced a couple of years ago keeps Rubio’s flour tortillas fresh without preservatives, but the chain now is working with the tortilla manufacturer to transition the formula from margarine to additive-free canola oil.

For Rubio’s, the change to cleaner ingredients has been largely cost-neutral. But when  it is more costly—as in the switch from farm-raised salmon to wild—the fast casual has to raise prices a bit. Guests’ expectations are higher and the demand for simple ingredients and transparency continues to grow, says Rubio. “So, most customers don’t mind paying a premium for these ingredients,” he says, and Rubio’s has sent out guest surveys on the subject to confirm his hunch.

Marketing helps. Training staff, both face-to-face and through video messaging, on the reasons behind Made With A Mission helps them explain the changes and price hikes to customers. “Team members’ understanding is very important. It builds confidence and allows employees to speak with pride to guests about our ingredients,” says Rubio. The clean-label message is further reinforced to customers through table tents, menu icons, social media and Rubio’s email club.

The challenge for pizza

“We’ve been on a clean-label initiative for about six years, but it’s taken a while to get us here,” says Sean Muldoon, chief ingredient officer for Papa John’s. In January, the pizza chain was able to announce the removal of all artificial flavors and synthetic colors in its 3,300 U.S. units. This step followed Papa John’s pledge in December to source antibiotic-free chicken, although the actual rollout is scheduled for this summer through a planned transition with a preset timeline.

According to Bloomberg Business, blogger criticism motivated Papa John’s push for transparency. The chain created an internal “Clean Label Scorecard” to gauge its efforts against Panera and Chipotle. Pizza ingredients are among the most difficult to get clean, claims Muldoon, as the meat toppings and sauces often contain preservatives and additives. Papa John’s was able to find a source for all-natural pork sausage a couple of years ago, but it took longer for its supplier to produce a pepperoni free of the preservatives BHA and BHT. It’s now available chainwide.

“Most pizza sauces contain MSG to enhance flavor, and you have to replace that with something,” says Muldoon. Teams on both the supplier side and the chain’s R&D department worked for about two years to clean up the sauce and whittle it down to eight ingredients.

“We pay a $100 million premium each year to deliver on [costlier]clean ingredients,” says Muldoon. In the very competitive pizza category, that means Papa John’s pies do not fall into the $5 range. To make sure consumers notice why they are paying more, the company created key messaging around its “Better Ingredients. Better Pizza” tagline. But since Papa John’s primarily is a pickup and delivery operation, that messaging had to take some innovative turns. For starters, every pizza box graphically reinforces the clean-label initiative and sends customers to the website, where ingredient lists are clearly posted.

Guests who pick up their pies also will see a pizza paddle-shaped graphic displaying a big “no” list of all the ingredients that have been eliminated. This works to tout transparency to franchisees as well as customers. And additional clean-label training materials are sent to all franchised stores to ensure quality and consistency. According to one franchisee, the response has been very positive on both sides.