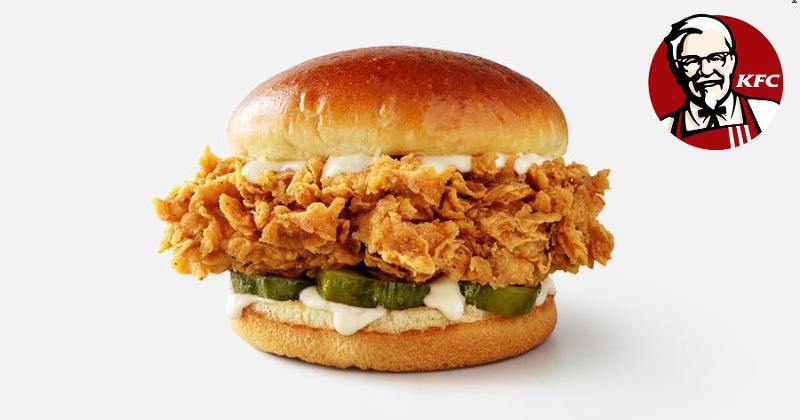 Earlier this year, KFC introduced its chicken sandwich in the U.S., making it the latest fast-food chain to jump on an increasingly crowded bandwagon.

Despite a host of competitors, including three of the five biggest chains in the U.S., KFC’s new sandwich is doing just fine, helping push strong sales this year even atop difficult comparisons.

And it is certainly doing well in the context of the chain’s history—it has long struggled to get a workable sandwich in its home market.

“It’s doing four times better than any chicken sandwich we’ve ever had in the U.S. before,” Chris Turner, CFO of parent company Yum Brands, told analysts at the Morgan Stanley Global Consumer and Retail Conference on Wednesday, according to a transcript on the financial services site Sentieo.

“It’s a great product. It comes right out of the fryer whenever the customer orders it. We have a spicy version that’s tremendous,” he said.

It’s difficult to overstate just how difficult it’s been for KFC to develop its own sandwich, and potentially how important it is to the chain’s future.

It’s also odd. KFC has thrived in international markets over the years and has had some successful sandwiches.

The company’s Zinger sandwich, for instance, has been particularly popular in many of KFC’s international markets. In 2017, the chain decided to bring it to the U.S., where it landed with a dud. The chain’s same-store sales barely moved in the quarter the Zinger was introduced here.

The lack of a sandwich has played a role in KFC’s domestic decline. In the U.S., the chain’s unit count has declined by 21%, to fewer than 4,000. Internationally, however, its unit count has increased 79%.

Domestically, KFC has lost its status as the country’s biggest chicken chain to Chick-fil-A, which specializes in chicken sandwiches. Meanwhile, smaller bone-in chicken rival Popeyes intensified the pressure by thriving with its 2019 chicken sandwich introduction.

Yet KFC has generated some real momentum. Its same-store sales were improving going into the pandemic—they have increased in seven of the past eight quarters and nine of the past 11. On a two-year basis, the chain’s same-store sales rose more than 13% in the third quarter—nearly as much as Popeyes.

But it’s not just the sandwich, Turner said. The chain’s new fries were an important component. By improving the chain’s fries from its old potato wedges, the company gave chicken consumers a side that went better with sandwiches.

For KFC, the result is a platform that works better at lunch, pairing well with the buckets of bone-in chicken often ordered in the evenings. “We’re now building a sandwich platform that is really showing legs,” Turner said. “And that gives us excitement about the future of the KFC business in the U.S.”