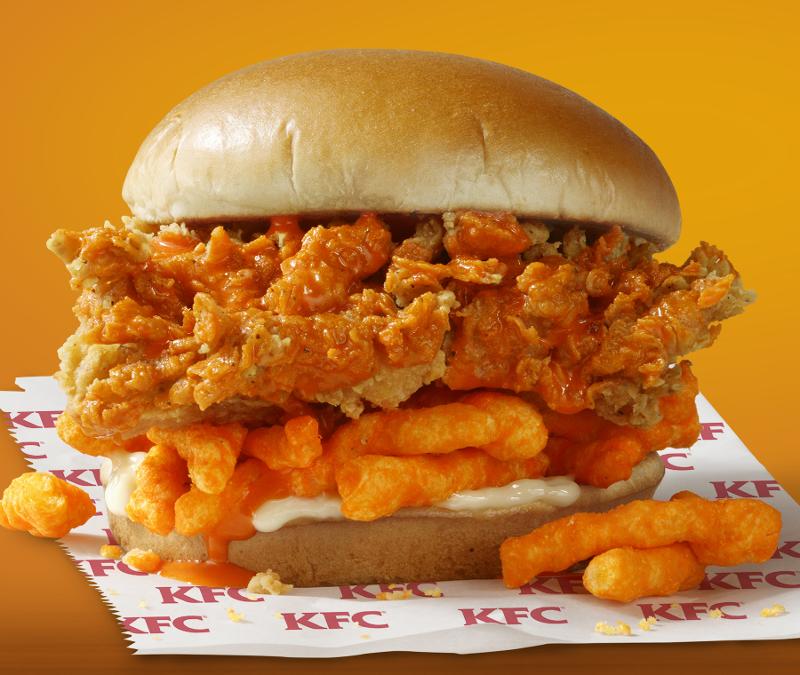 KFC is putting Cheetos on a chicken sandwich, but customers won’t have long to get one.

The introduction follows a test that the company described as “overwhelmingly successful.” Some locations ran out of the product in two weeks.

The sandwich features an Extra Crispy chicken fillet with Cheetos sauce on a toasted bun with mayo and a layer of Cheetos.

To mark the LTO, the company is planning an “All Orange Everything” pop-up event at a KFC location on 14th Street in Manhattan. Cheetos mascot Chester Cheetah will take over the location on Thursday, July 27.