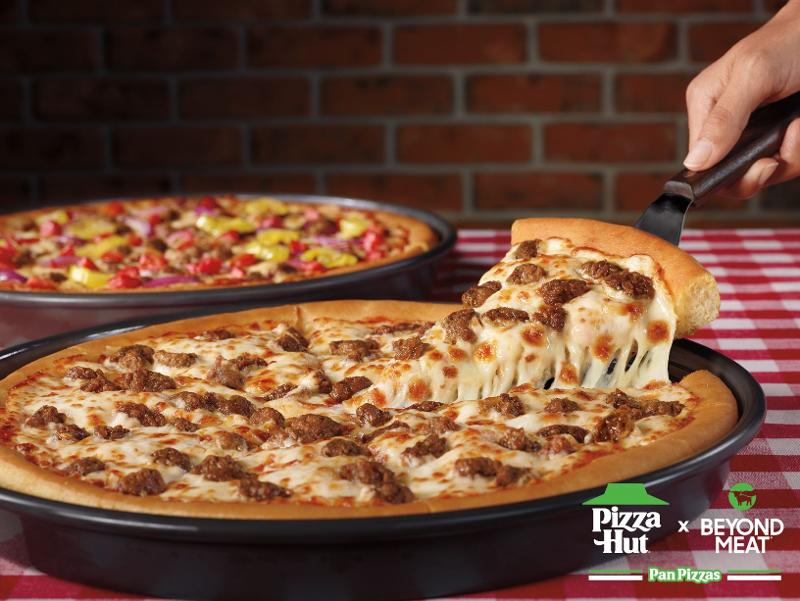 In one afternoon, Beyond Meat scored deals with four of the biggest restaurant chains in the world.

The El Segundo, Calif.-based maker of plant-based meat products on Thursday announced a pair of separate partnerships with McDonald’s and Yum Brands, the world’s two biggest restaurant companies. Under the deals, Beyond Meat will work on plant-based menu items for McDonald’s as well as the Yum-owned KFC, Taco Bell and Pizza Hut.

In one deal, Beyond Meat inked a three-year deal with McDonald’s to be the preferred supplier for the Chicago-based burger giant’s McPlant platform, which is planned to be tested in certain global markets and is designed to expand around the world.

The deal represents a major win for Beyond—whose board features former McDonald’s CEO Don Thompson—yet notably is not an exclusive deal, suggesting that the fast-food giant will use multiple partners to provide the patties for the plant-based products.

McDonald’s and Beyond Meat first worked together in 2019 on a test of a plant-based burger in Canada that has since ended.

Meanwhile, the Louisville, Ky.-based Yum Brands announced a deal with Beyond to co-create plant-based proteins to be found at Yum’s fast-food chains over the next several years.

The two companies have already worked on a number of plant-based items, including plant-based Beyond Fried Chicken at KFC, which has been tested in multiple cities, and the Beyond Italian Sausage pizza at Pizza Hut—which was the first pizza chain to introduce a plant-based pizza coast to coast.

The announcement “builds on our strong relationship with Beyond Meat,” Yum CFO Chris Turner said in a statement, noting that the company is “excited” about the possibility plant-based meat can have in luring more younger consumers to its brands.

That appears to be the overarching theme in the restaurant space, in general, which has picked back up on the plant-based trend in recent months after a months-long pandemic hiatus. Several chains have been pushing plant-based items, generally by Beyond or its rival, Impossible Foods.

There has been considerable interest in the prospect of a Beyond-McDonald’s agreement for years, given Thompson’s role and McDonald’s sheer size. The 2019 deal only fueled that speculation, but the test lapsed and, in November of last year, the burger giant announced its McPlant plans as part of a global growth plan. Beyond is working with McDonald’s on a limited test of McPlant in Denmark and Sweden that began last month.