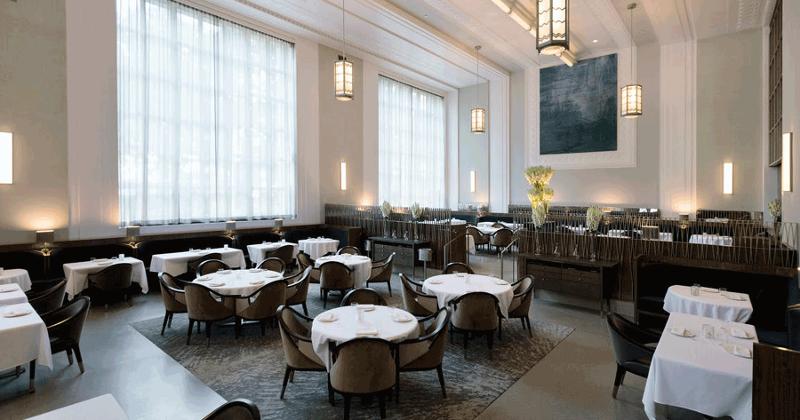 Three Michelin-starred Eleven Madison Park is moving to an entirely plant-based menu when it re-opens in New York City next month.

“It was clear that after everything we all experienced this past year, we couldn’t open the same restaurant,” Humm wrote. “We asked ourselves: What are the most delicious aspects of our dishes, and how could we achieve the same level of flavor and texture without meat?”

The restaurant said it will continue to partner with local farms to source ingredients. Humm’s team is currently working on creating flavorful vegetable broths and stocks, as well as plant-based milks, butters and creams. Fermented foods will also be featured on the menu.

“I’m not going to lie, at times I’m up in the middle of the night, thinking about the risk we’re taking abandoning dishes that once defined us,” Humm wrote. “It’s a tremendous challenge to create something as satisfying as the lavender honey-glazed duck, or the butter-poached lobster, recipes that we perfected.”

King’s Joy in Beijing is currently the world’s only three-Michelin-starred restaurant that serves no meat or seafood, according to the Wall Street Journal.

Eleven Madison Park will serve dairy milk and honey for coffee and tea, the WSJ reported, thus keeping it from being a truly vegan operation.

With a price point of $335 per person, including tip, for the tasting menu, Humm’s announcement was met with some criticism on social media Monday, with some saying they wondered how long the new menu would last.

Food website Epicurious last week said it would no longer post recipes that use beef, saying cattle farming has a negative impact on the environment.