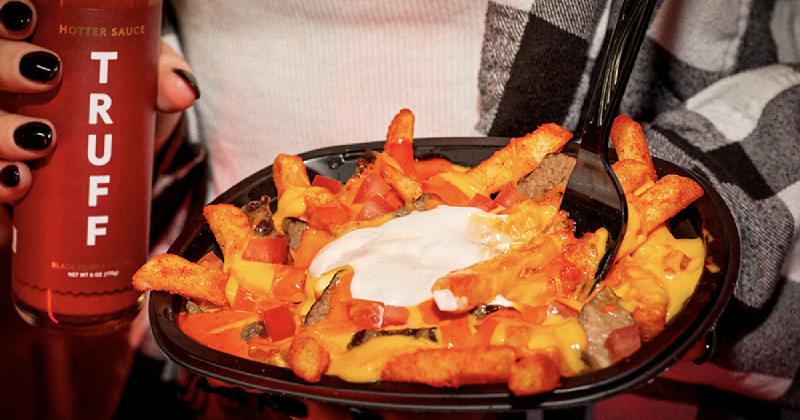 To bring the very limited-time item to the menu, Taco Bell partnered with TRUFF, the maker of a black truffle-infused hot sauce. The supplier adds extra creaminess to its Hotter Hot Sauce to better compliment cheesy items.

“When we tested Loaded TRUFF Nacho Fries in California last year, we heard from fans all over the country about how bummed they were that they didn’t get a taste,” Liz Matthews, TacoBell’s global chief food innovation officer, said in a statement. “The  TRUFF team is truly changing the sauce game and we’re thrilled to partner with them to bring our Nacho Fries to the next level in spice and innovation.”

The loaded nacho fries sell for $4.49, while the unloaded version is $1.79 a la carte or $5.49 for a Nacho Fries Box, which includes the fries, a 5-layer burrito, taco and medium fountain drink.

For an extra buck, customers can add TRUFF sauce to any Taco Bell item through the app.

Taco Bell is known for building anticipation and demand by strictly limiting availability to a short window of time.

To keep fans in the loop during the two-week run of Loaded TRUFF Nacho Fries, the chain introduced a digital tracking system called the TRUFF Tracker within its app. It allows customers to monitor the supply status of the LTO at their local Taco Bell restaurants.

Original Nacho Fries will stay on menus for an unspecified extended period after the loaded version runs out.