The popularity of Keto and other low-carb eating styles have made cauliflower a menu star. Noodles & Company was one of the first concepts to tap the trend, with the introduction of caulifloodles—cauliflower-infused rigatoni pasta—in 2019. This year, the fast casual added Cauliflower Gnocchi to the menu—a pillowy, low-carb pasta that was two years in the making.

“I made countless prototypes before we hit on the right flavor, texture and shape,” said Nick Graff, executive chef and VP of culinary innovation for Noodles. “Another goal was to retain the nutritional benefits of cauliflower as a vegetable.”

When Graff began R&D two years ago, his objective was to create a gnocchi with a tender interior and golden exterior, much like the Italian version. Additionally, it had to be low-carb and gluten-free.

“I started with a whole head of cauliflower, cooked and pureed, to replace the wheat flour, but it released too much moisture,” said Graff. Dried cauliflower turned out to be an effective solution, but he had to work out the proportions and types of gluten-free flours to combine with that ingredient to get the right consistency.

In the end, a combination of the dried cauliflower with brown rice flour, cassava flour for tenderness and the traditional component of potatoes produced a pasta “that eats like conventional gnocchi,” said Graff.

Noodles partnered with a specialty pasta vendor that focuses on gluten-free products. The gnocchi is made in volume and shipped fresh-frozen to each of the chain's 456 locations. It just needs to be thawed and sautéed to be menu-ready.

“It was one of the easiest items to roll out, since it didn’t have to be cooked ahead of time like our regular pasta,” said Graff. And it goes on the same line as Noodles’ other saute items.

To achieve the authentic gnocchi experience, the pasta is sautéed in butter to create a crisp, golden exterior. “It was developed to ensure that we used the same process as with the other saute dishes. The only difference is that we use butter for the gnocchi instead of oil,” said Graff. In fact, butter was the only new SKU added.

For the finished menu item, the gnocchi is combined with sautéed zucchini, mushrooms and spinach and tossed with a choice of two Noodles sauces: Rosa and Roasted Garlic Cream. 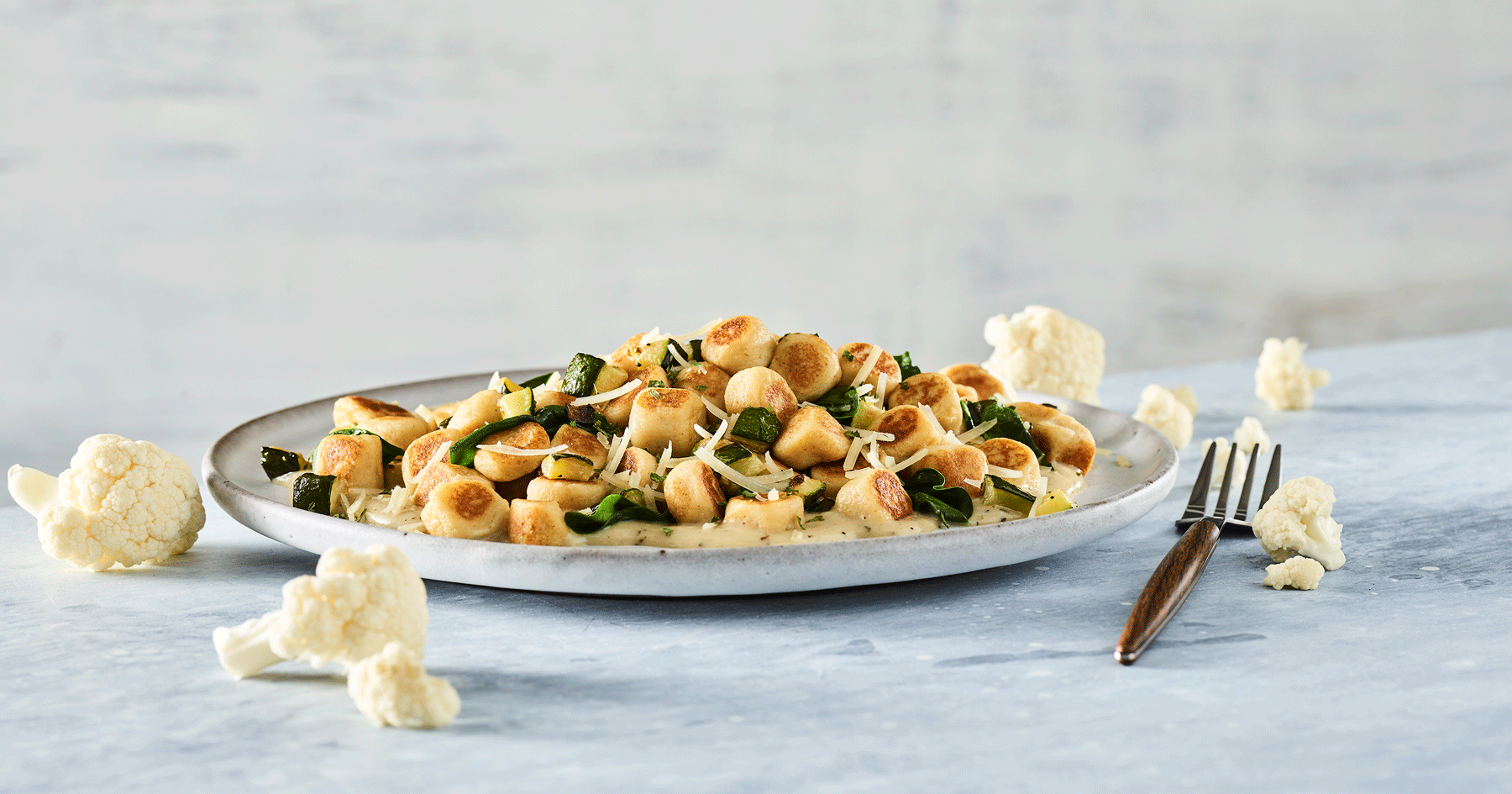 “We tested the gnocchi twice before the national launch, but the first preparation didn’t resonate with guests,” said Graff. That dish combined the pasta with a brown butter sauce that “was great on trout but wasn’t mainstream enough for our customers,” he said. “In R&D, you have more failures than successes.”

Noodles made sure they were delivery-friendly, too. For off-premise purchases, the items are packed in a two-compartment container, with the gnocchi on one side and the sauce on the other.

Next up, Graff is in the process of testing stuffed pasta, including tortelloni. The chain is also testing steamers to boost efficiencies and increase throughput. This equipment will free up some of the burners on the line.

“Over the next year, we plan to launch many new products,” he said. “Pasta is a great canvas for so many ingredients—you can paint anything on noodles.”